Like most Marvel movies, Black Widow has an exciting post-credits scene that sets things up very nicely for the future MCU.

However, Black Widow writer Eric Pearson didn’t have much knowledge at all about what was planned for upcoming movies and TV series when he was asked to write the scene, so not even the scriptwriters are in on where Marvel is taking its stories.

Here comes the spoiler-y bit, so if you’d rather read our spoiler-free review instead, there’s your final warning. 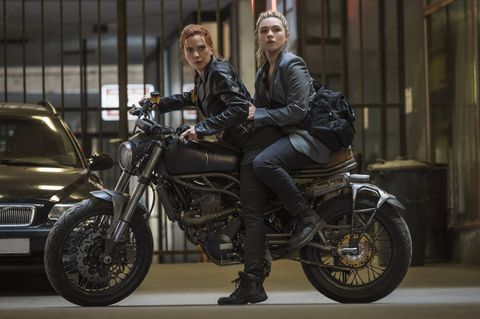 During a chat with The Hollywood Reporter, Pearson revealed that the scene where Julia Louis-Dreyfus’ Valentina Allegra de Fontaine and Florence Pugh’s Yelena Belova are chatting at Natasha Romanoff’s (Scarlett Johansson) grave, he was only given one nugget of information.

Marvel told him that Jeremy Renner’s Hawkeye should be the target that Yelena should get, so he wasn’t sure if he had written the scene in a way that the next writer could pick up and work with.

Related: Black Widow director responds to whether movie’s ending has a plot hole

“I was like, ‘Who am I screwing over? Something is going on! I don’t have an answer for this,'” Pearson said. “They were like, ‘You don’t need to. We are going to figure that out.’

“I remember writing it and feeling super guilty. I hope whatever writer is working on this next chapter is going to be okay with what I’ve done to them.'”

Oscar nominee Pugh weighed in on the post-credits scene to Variety and said she was glad to see her character “surviving”:

“To me, it was just really wonderful to kind of jump ahead and see she has been surviving. But, of course, it sets up a whole different challenge – which is Natasha’s fighting partner.”

Black Widow is out now in UK and US cinemas, and is also streaming on Disney+ with Premier Access.