Coronation Street killer Corey Brent has been caught out after Asha’s plan.

Corey (Maximus Evans) had started to realise in the previous episode that estranged girlfriend Asha (Tanisha Gorey) was plotting against him, but was quickly losing consciousness. 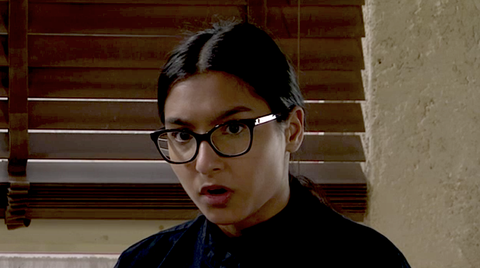 Corey tried to brush past them, but in his stupor, he ended up tumbling down the stairs! While there was initially a dilemma over what to do, the ladies eventually called an ambulance.

Corey was carted off, but not before Asha shared with Nina that she’d managed to swipe Corey’s phone during the fracas.

The ladies were determined to find something to prove Corey was guilty, with a fitness tracker proving to be an unlikely help.

The health app tracked Corey’s movements on the day of the attack on Nina and Seb, thereby proving he was indeed at the scene. Asha, Nina and Abi’s plan had seemingly worked! 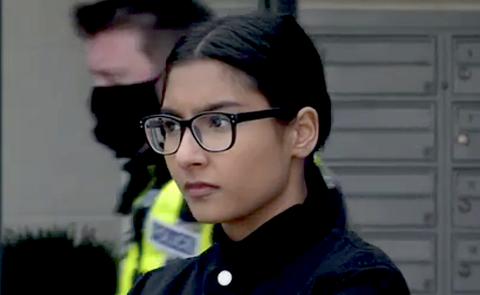 The trio took their evidence of Corey’s placement at the scene of the crime directly to DS Swain.

Soon after, Corey was coming around at the hospital — but he had little time for a breather when the police showed up to question him.

Corey was horrified as the detective asked him about his movements on the night of Seb’s death. Even more damagingly, the police wanted to know if he disposed of his bloody tracksuit at the river!

Under intense questioning, Corey admitted he was wearing the bloody tracksuit, but still insisted he was just trying to “help” Seb.

“I got rid of it, just in case it was covered in his blood,” Corey claimed.

Has Corey just sealed his own fate?

Coronation Street airs on Mondays, Wednesdays and Fridays at 7.30pm on ITV, with occasional Friday episodes airing for one-hour blocks at 7.30pm.