Coronation Street star Mollie Gallagher has explained how she struggled while filming Seb and Nina’s attack.

Several of the teens are drawn into Corey Brent’s (Maximus Evans) gang during tonight’s double bill (May 5) as they harass and then viciously assault Seb and Nina in a hate crime that has long-lasting implications.

Under pressure from Corey, Kelly feels she has no choice but to give into peer pressure by slapping Nina as the attack scenes spiral out of control. 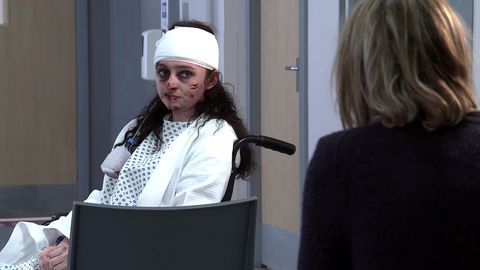 The scuffle leaves Nina with emotional and physical scars — including shocking post-attack makeup for the bruising even horrified Mollie when she first saw herself.

“I remember the first time I had it done, I hadn’t filmed any scenes yet and I’d just been rehearsing it in my mirror at home by myself,” she explained to Digital Spy and other media.

“As soon as the makeup was done, I just wanted to cry. I remember looking at my reflection and thinking, ‘wow’. I already knew it was awful but when you’re actually in it, I really thought I could cry. It was a really strange feeling. I kept thinking about all the scenes and what was coming up. It did help in a way as I was able to hold that feeling when we filmed the scenes. It was a massive help.” 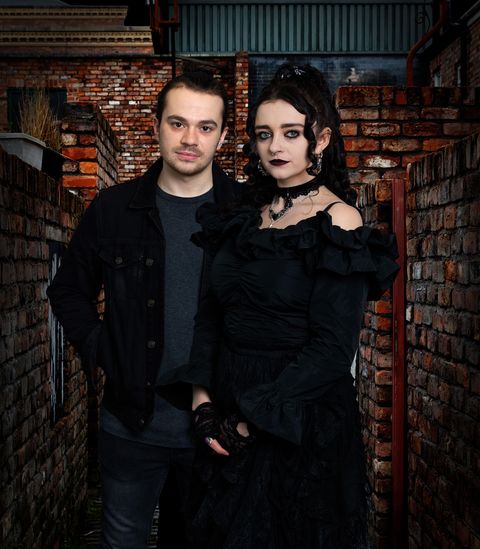 The actress walked viewers through the attacks, revealing how Nina grew more scared when Corey pressures Kelly to slap her.

“She has had that [teasing] before and is used to that, but then the slap happens and they are egging Kelly on,” Mollie said. “She thinks Kelly isn’t going to do it but then she does and realises it could escalate further. I remember filming it and you can feel the panic. When we were filming it, there was something about the day which did feel a bit intimidating – I think because it was just me and Harry against a big group of people.”

Mollie admitted that she found it “awful” that a brutal attack such as this one occurred in real life – as writers have based the storyline on the murder of Sophie Lancaster. 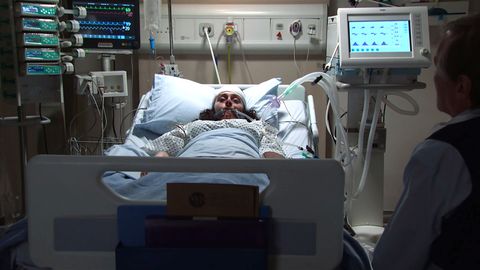 Describing Nina’s feelings after the attack, the actress said: “With Corrie, we’ve been able to watch Nina grow and get to know her character. People like her because she is who she is. She stands up for herself and those around her.

“I think it’s so powerful to see such a strong character and what it does to her identity. I think that’s a powerful message and shows how much this can impact somebody. The thing about Corrie is that it feels so real. It’s awful but it does show the effects, definitely.”

Coronation Street airs on Mondays, Wednesdays and Fridays at 7.30pm on ITV, with occasional Friday episodes airing for one-hour blocks at 7.30pm.

Anyone who has witnessed or experienced a hate crime is urged to call the police on 101, Crimestoppers anonymously on 0800 555 111 or visit the True Vision website. In an emergency, always dial 999.

Coronation Street has worked on the current storyline alongside The Sophie Lancaster Foundation, which was set up to challenge prejudices and intolerance towards people from alternative subcultures, and extend UK hate crime legislation, following the murder of Sophie Lancaster in 2007.