Coronation Street star Jennie McAlpine has confirmed that her character Fiz Stape is set to get a new love interest in the coming weeks.

Fiz has had a rough time of it lately in regards to romance, what with long-term partner Tyrone Dobbs (Alan Halsall) leaving her for Alina Pop (Ruxandra Porojnicu) and recently announcing that he’s expecting a baby with her, too. 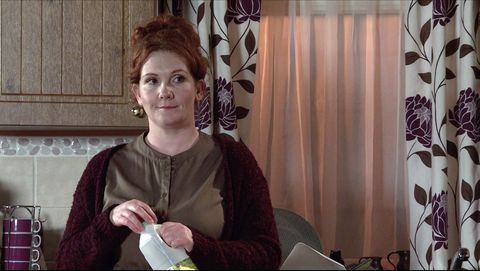 But her circumstances change – and most importantly, her confidence gets a much-needed boost – when a charming customer in the furniture shop asks her out on a date.

“It’s perfect timing and comes out of the blue,” McAlpine, who has been a part of the ITV soap since 2001, told TV Times. “Fiz still has that downer on herself and thinks, ‘Alina’s gorgeous and I’m not.’ So it makes her feel like there might be a little bit of life after Tyrone.”

During the interview, the actor went on to explain how Fiz’s attempts at moving on irk Tyrone and leave him feeling jealous, which threatens to screw up the former’s new relationship before it’s even really begun. 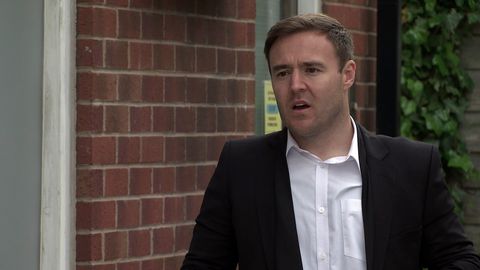 In the face of his protestations, Fiz tells Tyrone that she’s more than entitled to go out with someone once considering how quickly he’s gone about things.

“She’s like, ‘I’m just going on a date with this guy, whereas you’ve moved in with another woman and you’re having a baby with her!” McAlpine added.

“She’s glad she’s not in his shoes. Not that he’s got Alina pregnant, she’s like, ‘A lot of people think you’re crazy, but you do whatever you want.’ She’s got great friends and realises she needs to leave him to it.”

Coronation Street airs on Monday, Wednesday and Friday this week on ITV. All episodes are available to watch now on the ITV Hub.