EastEnders spoilers follow from this week’s iPlayer box set. Some viewers may wish to avoid these storyline details, as the episodes haven’t yet aired on BBC One.

EastEnders villain Gray Atkins targets his own boss this week as his sinister storyline continues.

Gray (Toby-Alexander Smith) uses the internet to anonymously abuse Laura Awoyinka after she warns Chelsea Fox that he isn’t to be trusted.

This week’s episodes, which are available to watch now on the iPlayer, see Chelsea (Zaraah Abrahams) accompany Gray to a work function at Ruby Allen’s club as they continue to grow closer.

Gray ends up making a fool of himself as he makes the most of the free bar. 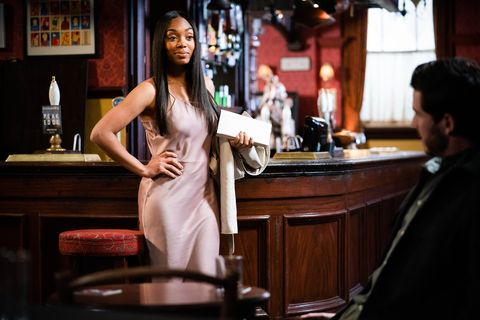 He also vents to Chelsea about how he believes Laura (Sarah Paul) has a vendetta against him, as she has never given him a promotion or granted him access to more complex cases.

After Gray climbs onto the bar seats and falls in his drunken state, Chelsea decides that it’s time to take him home.

Laura then pops around and warns Chelsea that she should get away from Gray while she still can.

Expressing her suspicion over Gray’s history, Laura tells Chelsea: “You’re not the first and you certainly won’t be the last… project. 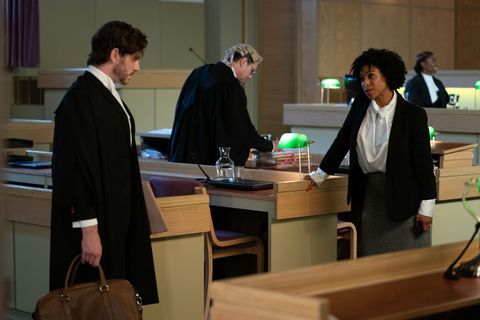 “He’s a white saviour, my darling, looking for poor little girls he can break down and remodel in his own image.”

When Chelsea insists that she’s her own person, Laura replies: “Chantelle thought that too. I’m sick of him getting away with it. If you know what’s good for you, you’ll run – as soon and as far as you can.”

The next day, Gray’s resentment towards Laura grows when she makes it clear that she’s not impressed by his performance at work. 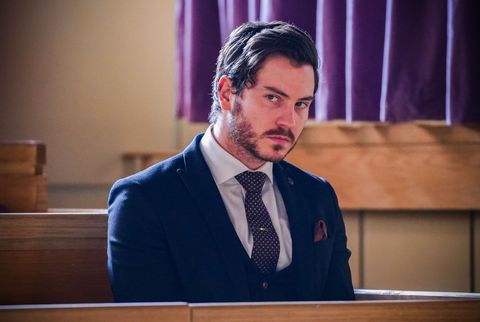 Under his alias, Gray warns: “People like you always get what’s coming.”

Has Gray’s next target been revealed?

EastEnders fans can watch these scenes now on the iPlayer. The episode also airs on Friday, July 16 at 8.35pm on BBC One.