EastEnders has unveiled the first look at Nancy Carter’s return to the soap next week.

A trailer premiered on Wednesday night (April 7) teasing Kush Kazemi and Whitney Dean’s fate as he faces court drama, as well as a sudden reappearance from Mick and Linda’s daughter.

The Carters get a huge surprise when throwing Frankie a surprise birthday party at the Vic, where Mick proudly announces her as his daughter to the pub.

That’s exactly when Nancy turns up to shock everyone, then sarcastically questions whether the balloons and party decorations were for her?

Nancy doesn’t waste any time getting back in the thick of Walford’s drama, as she threatens to “remove” Sharon’s wig and feed it to her!

Little is known about why Nancy has suddenly returned to Albert Square, but her husband Tamwar Masood is noticeably missing. Has there been trouble in paradise for the young couple? 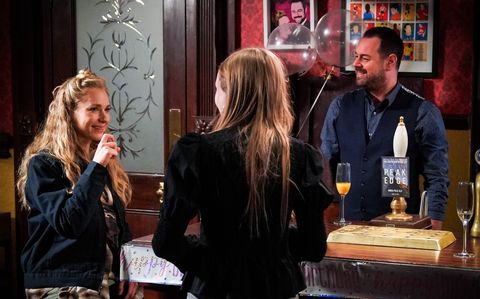 EastEnders executive producer Jon Sen has previously only teased: “We’re delighted to have Maddy [Hill] back and I can’t wait for audiences to see what’s in store for Nancy.

“There’s a lot of mystery surrounding her return and she’s coming back to a family that have been through a very difficult year – things are definitely not as Nancy left them. Maddy is a fantastic actor and we feel very lucky to have her back in Walford.” 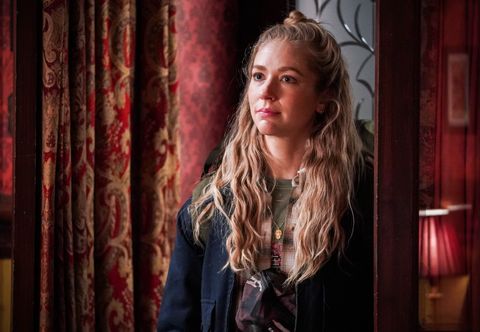 EastEnders will air these scenes next week on BBC One, airing Monday, Tuesday, Thursday and Friday.