Messner recently filed documents to dissolve her marriage with the singer-songwriter, 71, in Los Angeles County, according to TMZ.

Go Their Own Way! Fleetwood Mac singer Lindsey Buckingham and his wife of 21 years Kristen Messner are splitting up

Lindsey met when Kristen when she photographed him in the late 90s for the cover of his solo album, according to TMZ.

Buckingham, who was 51 when he tied the knot with Messner, says he was ‘lucky’ to find someone a little later in life after waiting to settle down.

‘I had a lot of crazy girlfriends, and a lot of that was just an outgrowth of the lifestyle we were all leading,’ he previously told the Las Vegas Review-Journal.

‘I did see a lot of friends who were parents and spouses — back in previous decades — who weren’t really there and kind of screwed up their kids and were not there for their family situations. So I waited and I was lucky enough to meet someone relatively late… it’s worked out really well. I got all that other garbage out of the way.’ 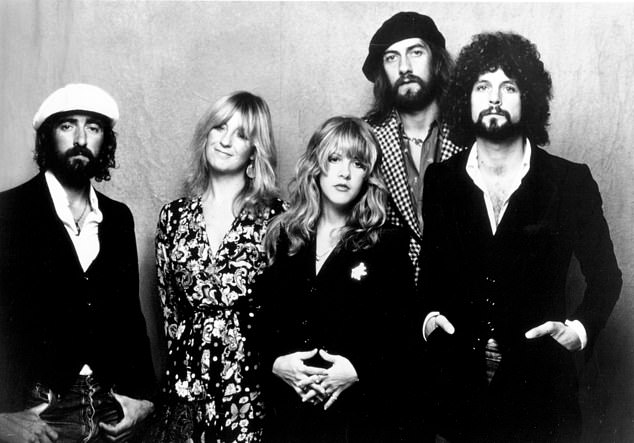 Music icons: Lindsey was a member of the legendary rock band Fleetwood Mac 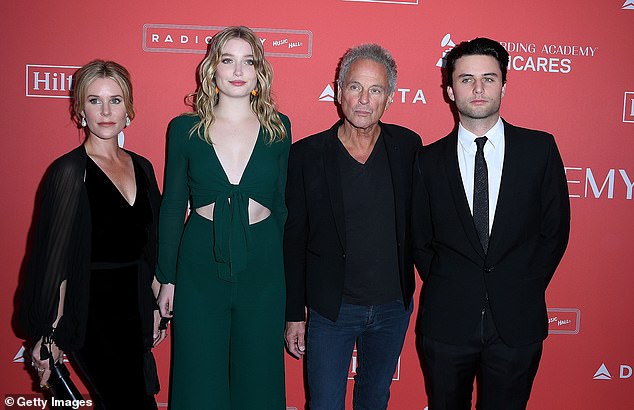 Family matters: The couple with their children Leelee and William in 2018

Buckingham was a singer and guitarist for the iconic rock group from 1975 to 1987 and again from 1997 until his firing in 2018. He later filed a lawsuit alleging breach of fiduciary duty and breach of oral contract, but they later settled the lawsuit.

Speaking of his split from the band, Kristen told Rolling Stone in 2018 the situation made her ‘sad.’

The Buckinghams basically considered the band, which consisted of members Mick Fleetwood, Lindsey’s ex Stevie Nicks, and Christine and John McVie, family, and their children even called the musicians their aunts and uncles. 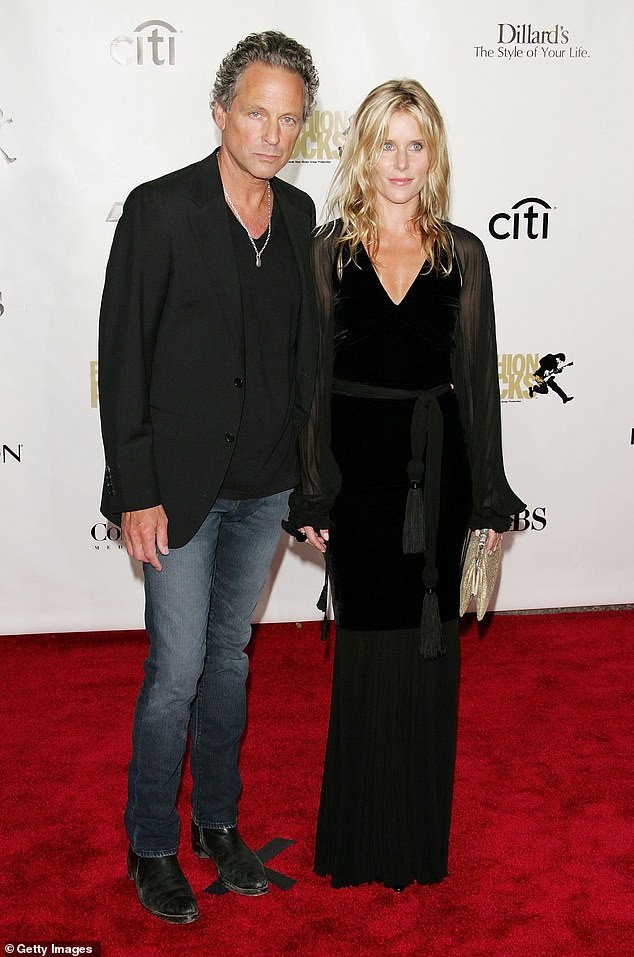 Love at last: Lindsey, who was 51 when he tied the knot with Kristen, previously said he had ‘waited’ to settle down with a wife 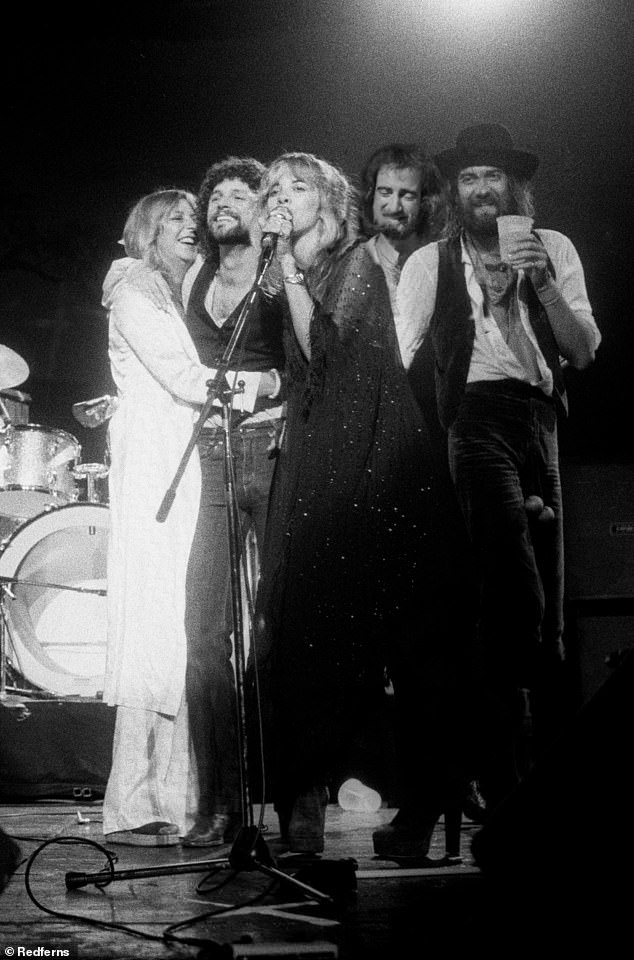 The Buckinghams basically considered the band, which consisted of members Mick Fleetwood, Lindsey’s ex Stevie Nicks, and Christine and John McVie, family, and their children even called the musicians their aunts and uncles

However, in a 2021 interview Mick Fleetwood said he and Lindsey had reconciled.

Fleetwood told Rolling Stone: ‘I’ve really enjoyed being re-connected with Lindsey, which has been gracious and open. And both of us have been beautifully honest about who we are and how we got to where we were.’

Despite previously ruling out a reunion with Lindsey Mick has admitted he would love to see him play with the band again for a reunion tour, but admitted it’s a ‘far-reaching’ ambition.

He said: ‘Strange things can happen. I look at Fleetwood Mac as a huge family. Everyone plays an important role in our history, even someone like [early ’70s] guitarist Bob Welch, who was huge and sometimes gets forgotten. 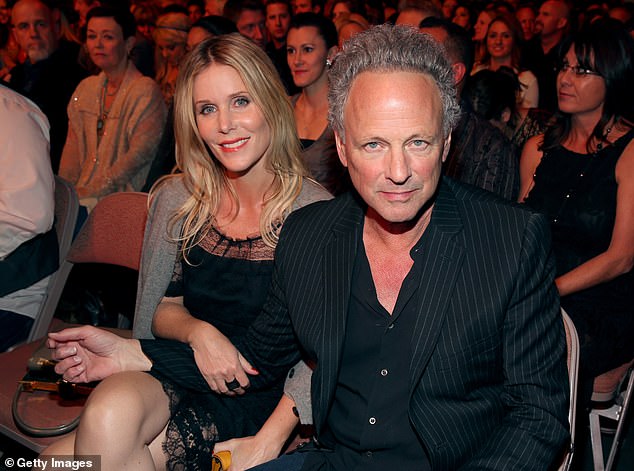 Happier times: Buckingham with Kristen at the 2012 American Country Awards

‘Lindsey’s position in Fleetwood Mac will, for obvious reasons, never been forgotten, as it should never be forgotten.’

He continued: ‘My vision of things happening in the future is really far-reaching. Would I love to think that [reunion] could happen? Yeah. I’d love to think that all of us could be healed, and also respect the people who are in the band, Neil Finn and Michael Campbell.’

In a previous chat, Mick had said when asked the same question about the possibility of Lindsey returning: ‘No. Fleetwood Mac is a strange creature. We’re very, very committed to Neil and Mike, and that passed away a time ago, when Lindsey left. And it’s not a point of conversation, so I have to say no.’ 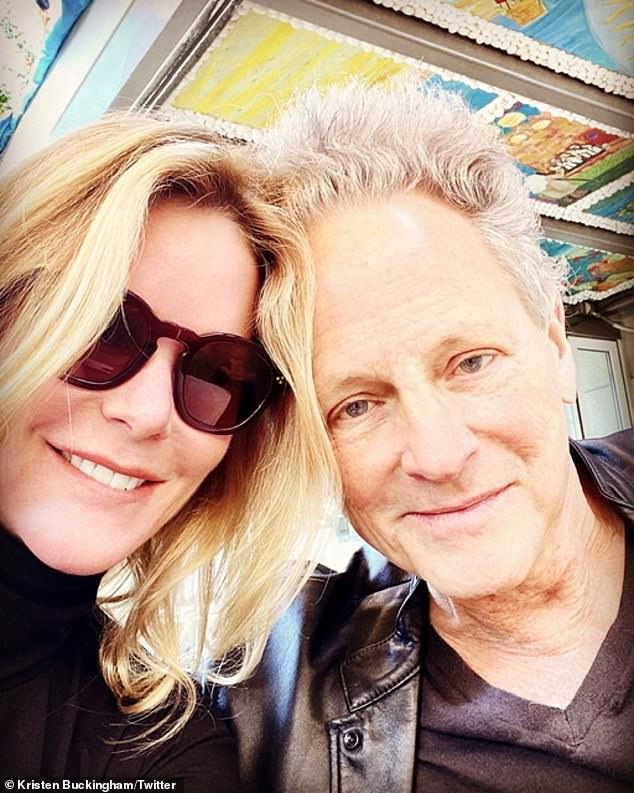 Just the two of us: Kristen enjoyed sharing photos of herself with her husband on her Twitter account 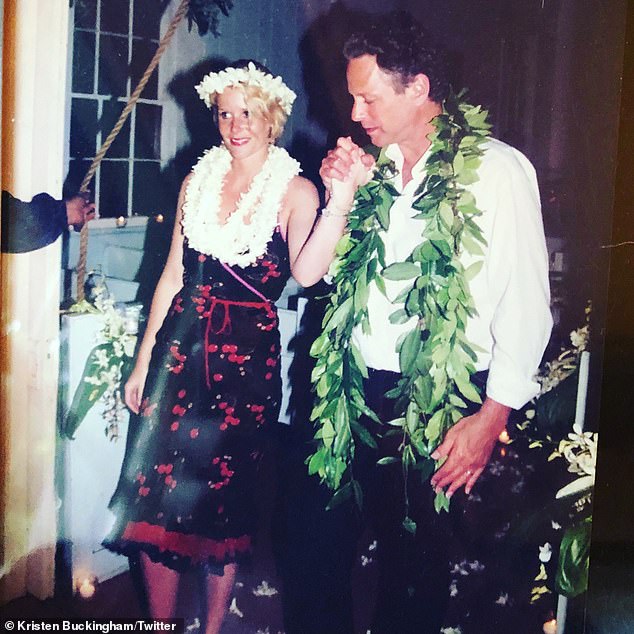 I do: ‘Happy anniversary my love’, Kristen captioned this sentimental snap

The musician also addressed Lindsey and lead singer Stevie Nicks’ apparently strained friendship and admitted it’s complex. The duo were a couple when they joined the group in 1975.

Mick added to the publication: ‘I can’t speak for the dynamic with Stevie and him. I don’t even need to protect it. It’s so known that they’re chalk and cheese in so many ways, and yet not.’

In October, Stevie revealed she had sent a letter to Lindsey after he underwent open-heart surgery in February 2019.

However, she claimed she hadn’t spoken to him since he was let go by the band.

She wrote in the note: ‘You better take care of yourself. You better take it easy and you better do everything they tell you and get your voice back and feel the grace that you have made it through this.’

The Go Your Own Way singer also admitted she was ‘so disappointed’ to see Lindsey leave.

She insisted: ‘I never planned for that to happen. Any time we re-formed to do a tour or a record, I always walked in with hope in my heart. And I just was so disappointed. I felt like all the wind had gone out of my sails.’ 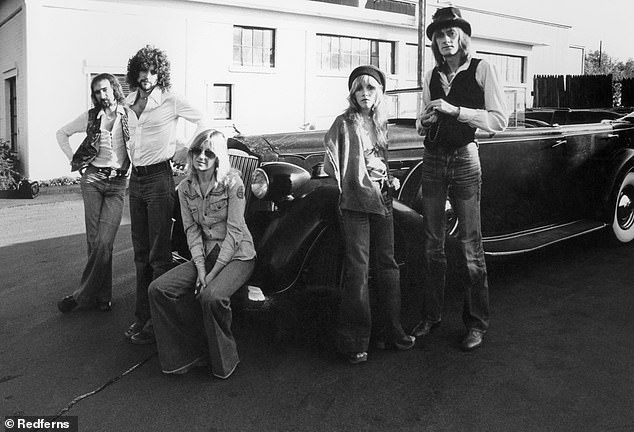