Gaby Roslin admits her kids think she’s a ‘total embarrassment’ for faking an orgasm on The Big Breakfast but claims daytime TV should be ‘naughty, irreverent and risque’

By Roxy Simons For Mailonline

Gaby Roslin has claimed her children find her a ‘total embarrassment’ for faking an orgasm on daytime TV.

The TV presenter, 56, spoke with The Sun on Satuday about her racy interview with Billy Crystal on Channel 4’s The Big Breakfast, in which she recreated the scene where Meg Ryan faked an orgasm at a restaurant in When Harry Met Sally.

While Gaby admitted her children find it embarrassing that she did that on national television, she is firm in the belief that daytime TV should be ‘naughty, irreverent and risque.’ 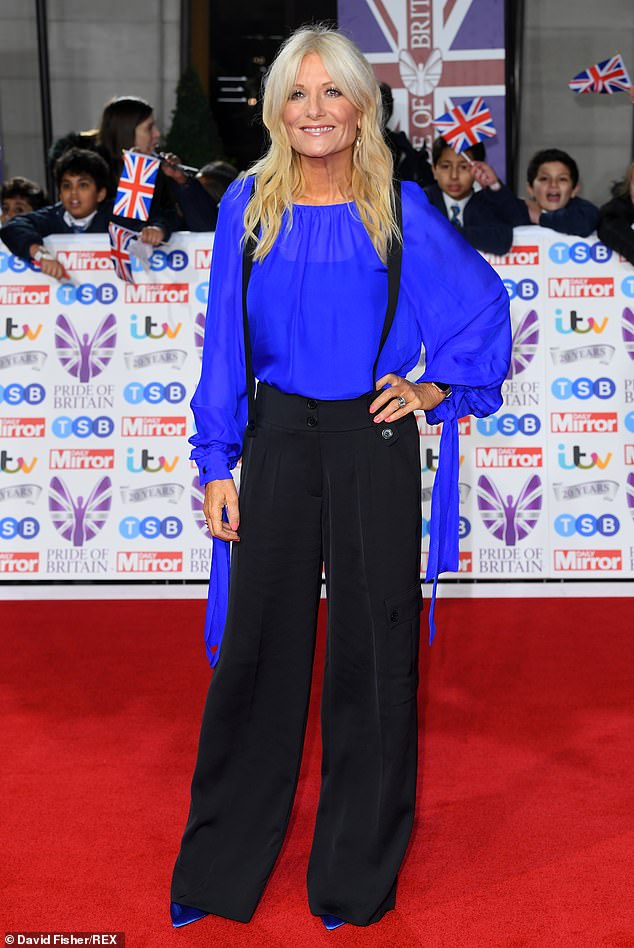 Honest: Gaby Roslin said on Saturday her kids think she’s an ’embarrassment’ for faking an orgasm on The Big Breakfast but claims daytime TV should be ‘naughty’ (pictured in 2019)

Looking back at the interview, Gaby told the publication: ‘He came on the show and I had to fake that famous Meg Ryan orgasm scene with him. That clip is still on YouTube. To my kids I’m a total embarrassment.

‘I mean naughty, irreverent and risque. I’ve thought for a long time we need riskier TV. A lot of television these days is a bit safe.’

Gaby is married to publisher David Osman and they share daughter Amelie, 14, and she shares daughter Libbi-Jack, 20, with ex-husband Colin Peel. 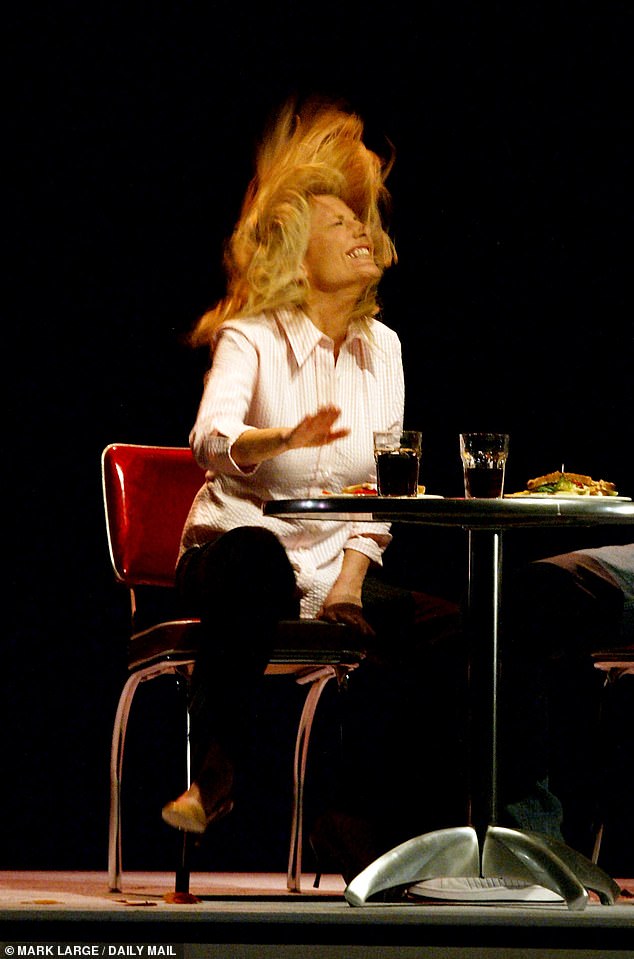 Racy: Gaby (pictured in the When Harry Met Sally play in 2005) recounted how she ‘had to fake that famous Meg Ryan orgasm scene’ with Billy Crystal on The Big Breakfast

The Big Breakfast originally ran from 1992 to 2002, with Gaby presenting the show alongside Chris Evans from the show’s inception until 1996.

In 1993, the programme was the highest rated breakfast show in the UK, with around two million viewers tuning in per episode.

Gaby remained on the show until 1996 when Zoe Ball took her place, other famous names to present the programme include Kelly Brook and Denise Van Outen. 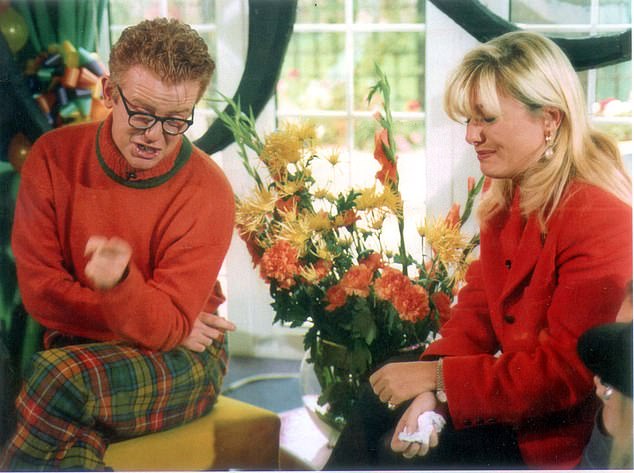 Candid: While Gaby claimed she’s a ‘total embarrassment’ to her kids for it, she said: ‘I’d like to see more naughty television’ (pictured on The Big Breakfast with Chris Evans in 1994)

Speaking with The Mail On Sunday last year about the programme, Gaby said: ‘Chris and I hit it off from the moment we first worked together.

‘He was incredible to work with – he’s thinking all the time. We never had a script, we just bounced off each other, making stuff up as we went along.’

As a girl, Gaby used to sit alongside the screen during broadcasts of Blue Peter, taking on the role of an imagined fourth presenter, getting her father -former BBC newsreader Clive Roslin- to pretend to film her.

Reflecting on finally getting to live her childhood dream she added: ‘I can still remember that moment when I heard in my earpiece “Ten seconds to live” the first time. It was everything I hoped it would be. I’ve loved every moment since.’ 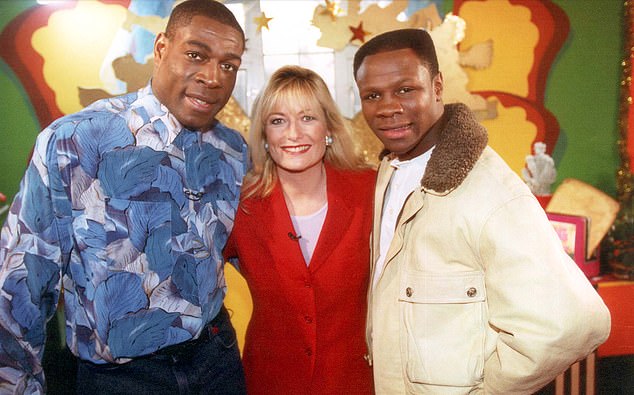 Classic: The Big Breakfast ran from 1992 to 2002, with Gaby presenting the show alongside Chris Evans from the show’s inception until 1996 (pictured with Frank Bruno and Chris Eubank)