WWE legend The Undertaker is preparing for his Final Farewell at Survivor Series on Sunday (November 22), but he does have an opponent in mind for one more match.

On Thursday’s edition of Good Morning Britain, The Undertaker laid out a challenge to “The Morganator” Piers Morgan.

“I don’t have any aspirations for getting back into the ring but if Piers wanted to get into a squared circle he might just be the one who would get me back in the ring,” The Undertaker said. 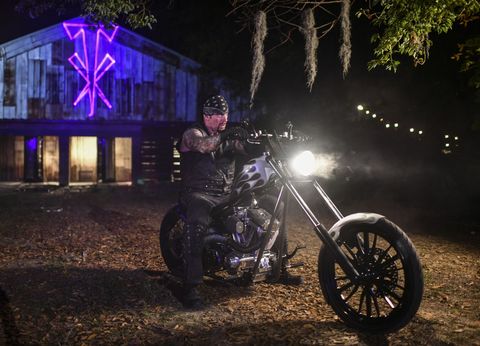 “The Morganator, he’s big time over here on American TV with his strong English accent – he lets people have it over here.

“That might be a good match-up for me, I might have to reconsider my Final Farewell if Piers would agree to putting on the pantyhose.”

On Twitter, Piers seemed to be up for the challenge, responding to the video by saying: “The Morganator is ready…” with a strong arm emoji.

Related: Michelle McCool on why she didn’t want to meet The Undertaker in WWE

The Undertaker’s Final Farewell on Sunday takes place exactly 30 years after he made his debut at Survivor Series 1990.

He previously announced his retirement at the finale of WWE Network’s Undertaker: The Last Ride series in June, following his Boneyard Match with AJ Styles at WrestleMania 36.

“At this point in my life, in my career, I have no desire to get back in the ring,” he said.

“I’m at a point – this time, the cowboy really rides away. There’s nothing left for me to conquer or accomplish.”

Incomparable by Brie and Nikki Bella