On paper, Hillbilly Elegy sounded like it was in safe hands, with Oscar-winning director Ron Howard adapting a true-life story like he did to great effect in the likes of Rush, Apollo 13, A Beautiful Mind and more.

For the adaptation of JD Vance’s divisive memoir of the same name, Howard enlisted the likes of Glenn Close and Amy Adams for key roles, adding to the idea that – on paper, again – here was a movie that would be in contention for awards.

And then the reviews dropped.

“An unwieldy slop bucket of door-smashing, child-slapping, husband-immolating histrionics,” wrote the Los Angeles Times, while The Atlantic called it “one of the worst movies of the year” and Time Out said it was an “ill-judged, mind-numbing exercise in Hollywoodsplaining heartland America”. 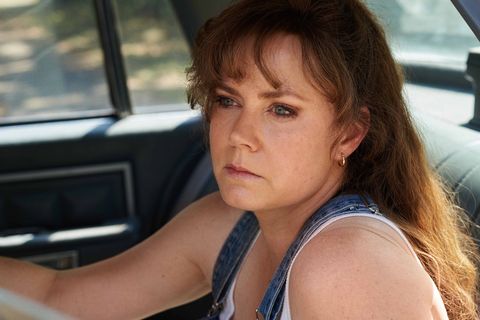 Hillbilly Elegy currently stands at 27% on Rotten Tomatoes from more than 100 reviews, so even though some critics have been kinder to it, it’s definitely not the guaranteed Oscar contender Netflix might have hoped for.

Now that it’s arrived on Netflix though, could it really be as bad as everyone has been saying? Unfortunately for those involved, the answer is yes. Yes it can.

If you’ve not read the memoir it’s based on, Hillbilly Elegy arrived shortly before Donald Trump won the presidency and was retrospectively seen as a potential examination of how Trump managed to win over the rural areas of the United States.

But the controversy surrounding it – which you can read more about in this excellent Vulture piece – was that Vance’s tale was an overly simplistic and right-wing view of Appalachia.

His tale of how he managed to ‘escape’ Middletown, Ohio and make something of himself by going to Yale was seen by some as a message that you just needed to work hard to gain success. It was something that could be achieved if you chose to do it, regardless of upbringing and other societal issues which were largely glossed over in the memoir. 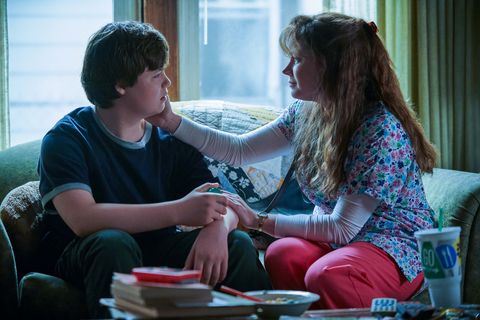 Those hoping that Howard’s take on Vance’s memoir would come with more depth and nuance will be sorely disappointed. In fact, anything political has been taken out in favour of telling a melodramatic cross-generational tale, one about how cycles of addiction and violence will endlessly repeat unless you break them.

The biggest disappointment, though, is that the movie retains the overly simplistic message that all anyone living in poverty or living with an issue (be it addiction or otherwise) needs to do is work hard and they’ll succeed.

It’s how Vance manages to finally break the cycle, get out of Ohio and make it to Yale. Going by the movie, all it really took was for him to do his homework. And all it takes is just a day spent back in Ohio for him slip back into the violent ways of his family, giving him a sign of what it could have been if he hadn’t left because he worked hard.

This lack of subtlety or anything approaching nuance runs through the movie. There’s a lot of acting going on with a capital A, C, T, I, N and G from Amy Adams and Glenn Close, but even their talent can’t flesh out stereotypes of hillbilly characters we’ve seen on screen before. 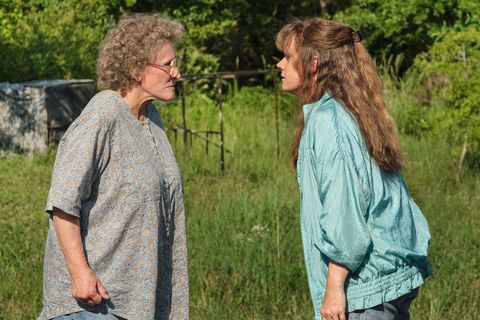 If you happened to stumble on Hillbilly Elegy on Netflix during the movie (not sure how that’d work, but we’ll go with it), you could be forgiven for thinking it was a comedy sketch of what an Oscar-bait movie would look like if it was set in rural America.

No cliché is missed, no depth is provided. It’s the kind of movie where somebody has a flashback memory of being told “What are you gonna do?” that then sees them set out to do something. And if you’re ever lost about what’s going on or why something is happening, there will be some narration or motivational talk coming up to outline everything, just in case you missed out on the message.

The worrying thing is that – given everything about Hillbilly Elegy screams Oscar – there’s every chance it could end up with nominations. After all, a lack of subtlety didn’t exactly stop Green Book.

Amy Adams and Glenn Close could both be in with a shot as they certainly give it their all and most of their scenes could effectively be an Oscar clip. There surely has to be something better coming along for both of them to land a long-overdue win though, otherwise we’re just going to have to pretend they won it for something else.

Hillbilly Elegy is available to watch now on Netflix.

Black Friday and Cyber Monday are just around the corner – we’ll be bringing you our pick of the very best Black Friday tech and entertainment deals right here.