David Harewood has revealed he was sat on by six police officers who he thought were ‘devils’ when he was taken to hospital in 1989.

The Homeland star, 54, has often candidly spoken about his mental health and how he had to wait 30 years to find out about his psychosis.

Speaking with Men’s Health UK, the actor said that was a lack of mental health for him as a black person when he was sectioned 30 years ago. 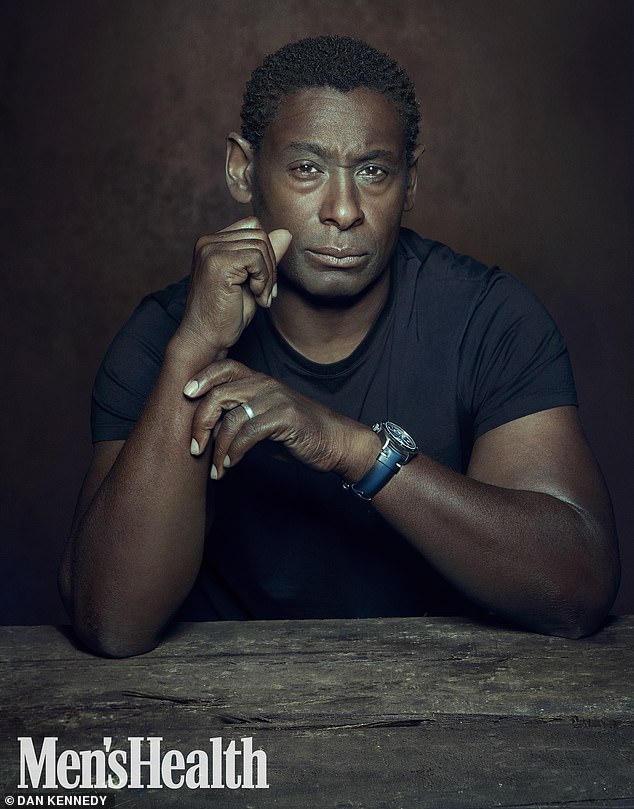 Candid: David Harewood has revealed he was sat on by six police officers who he thought were ‘devils’ when he was taken to hospital in 1989

David revealed he didn’t have much help when he had a psychotic breakdown in his 20s and also discussed what happened when he was taken to hospital.

After arriving at the Whittington Hospital in London things soon escalated and David said he was sat on for hours by police officers, who he thought were ‘devils’.

David explained: ‘[They] sat on me for hours. Doctors pumped me full of sedatives and, at one point, they asked, “Has he taken any drugs? Because we’ve given him enough sedatives to knock out a horse and he’s not going down.” I was f*****g terrified. 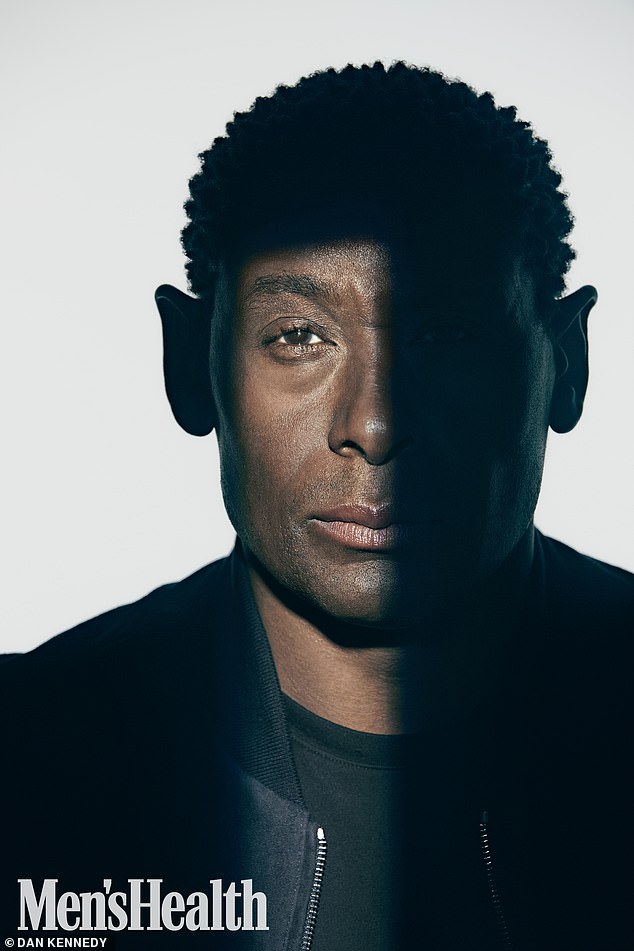 Discussion: The Homeland star also said there wasn’t anybody ‘that I either trusted or who took me seriously enough’ to help him understand his psychosis during his 20s

‘The thoughts in my head were telling me that the demons had caught me, so I thought I was fighting for my life.

‘Physically, what was happening to me was that six policemen were sitting on me. But in my mind, the devils had caught me, so I was resisting.

The actor, who has also appeared in TV series Supergirl, also explained that he doesn’t remember arriving at the hospital.

He said: ‘Apparently, I jumped out of the car and ran into the Whittington [hospital]. I started screaming at the top of my voice. I don’t remember any of this, but my friends tell me that security was called. 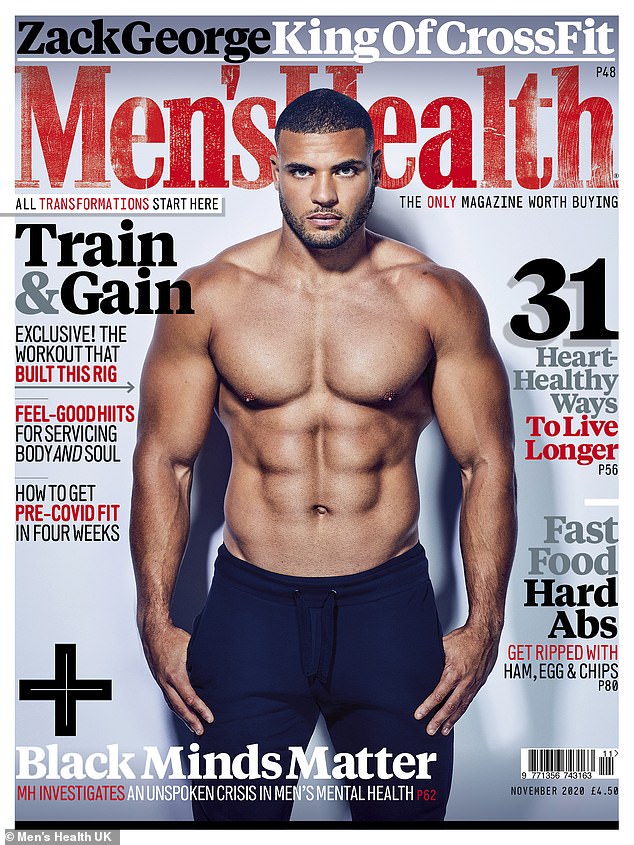 Difficult: David spoke about how he was restrained by police during an interview with Men’s Health UK 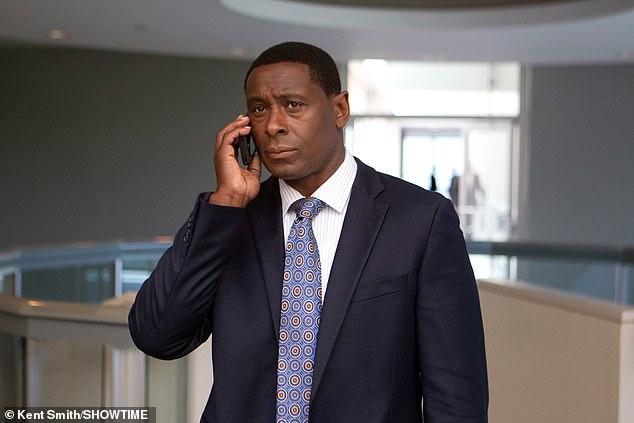 ‘They came down, took one look at me – this big black man – and said, “No way.” They called the police, and then several officers turned up with riot shields and rushed me.’

David also detailed how difficult it was for him to have to wait 30 years to find out about his psychosis and said learning about it ‘hit him hard’.

‘It was the first time I really looked at that period of my life and gained some understanding of it. Until then, I had no idea that it was psychosis.

‘I think, had somebody said that to me, I probably would have stopped smoking and sought some kind of help, but there was nobody that I either trusted or who took me seriously enough to be able to do that.’ 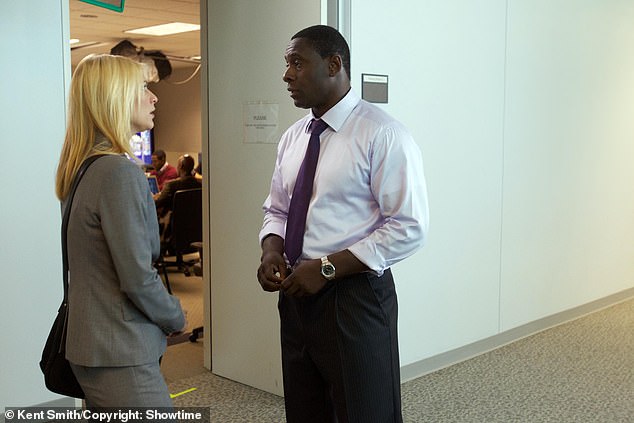 No recollection: David said he cannot remember being taken to the Whittington Hospital and security being called (pictured in Homeland with Claire Danes as Carrie Mathison)

David recently spoke about his BBC Two documentary Psychosis and Me with Sue Perkins on her podcast ‘An hour or so with…’.

He told the presenter that he once got away with burying drugs outside Buckingham Palace after telling police it was for ‘research’.

Detailing the ‘wacky’ incident, he said he walked to the palace with a ‘big block of hashish’ and hid it outside the gates during his late night stroll.

David explained how after burying the drugs, he started moonwalking and police arrived. However he managed to avoid any serious trouble by telling them he was an actor and was ‘doing a bit of research’.

Read the full David Harewood interview in the November 2020 issue of Men’s Health, on sale from 20 October 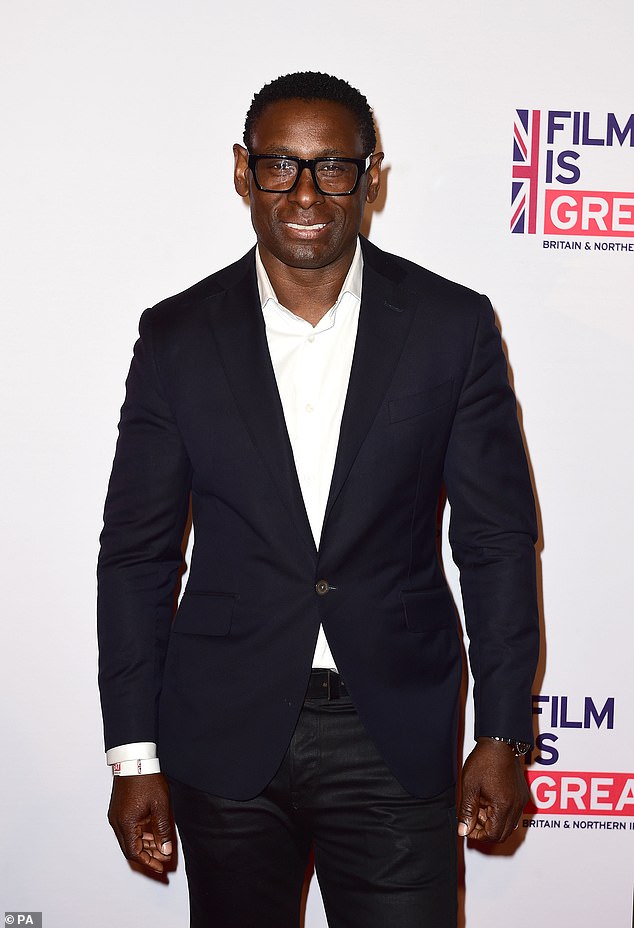 ‘Wacky’ incident: Homeland’s David recently revealed that he once hid CANNABIS outside Buckingham Palace and persuaded police it was ‘for research’