Indiana Jones star Karen Allen has said that she doesn’t think of the titular adventurer “as a paedophile”, despite the attention that one Raiders of the Lost Ark scene has garnered over the years.

During the sequence in question, Harrison Ford’s Indy and Allen’s Marion Ravenwood are seen discussing their past, which prompts the latter to recall how she “was a child” at a certain point in their relationship.

Indy’s seemingly suggestive reply (“You knew what you were doing”) has led to discussion among viewers since its release in 1981, and some have argued that it has dark undertones. 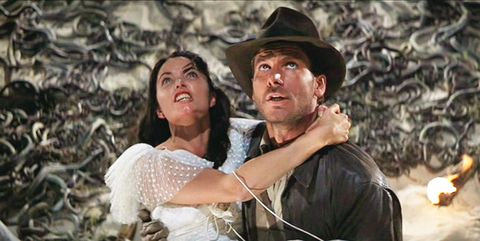 Related: First look at Harrison Ford back as Indiana Jones in new movie

In a new interview with Uproxx, Allen explained that the ambiguity of the characters’ history has always allowed her to view it in less of a sinister light.

“We don’t even know what it is. I mean, they could have kissed a few times, and she was just completely bowled over, and he could have just not wanted to get involved with someone so young.

“Maybe [Marion’s] father would have been furious at him. I mean, what’s great about it is we don’t know what the circumstances are. So she obviously cared deeply for him. He may have cared for her too, but in the end decided it was a dangerous situation and he didn’t want to be involved.” 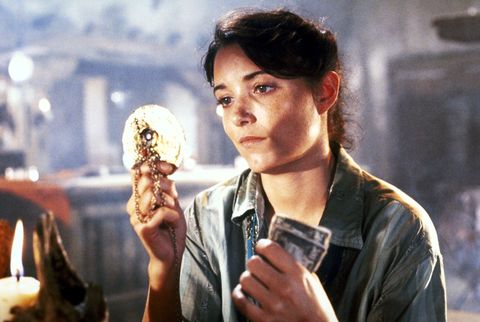 Allen went on to say that while the line’s vagueness has awarded her the space to invent her own backstory, she’s also aware that it has meant others have done the same – and those assumptions differ drastically from her own.

“I don’t think of him as a pedophile,” she added. “That’s the direction some of these people are going.

“You can colour it any way you want to colour it. I’ve tended to colour it, sort of, that it was quite innocent. When she says, ‘It was wrong and you knew it.’ I mean, I think maybe he led her on in some way. But when she says she was a child, I think she meant she was 16. Something like that.”

Indiana Jones and the Raiders of the Lost Ark

Indiana Jones and the Temple of Doom

Indiana Jones and the Last Crusade

Indiana Jones and the Kingdom of the Crystal Skull

This month, Digital Spy Magazine counts down the 50 greatest LGBTQ+ TV characters since the Stonewall riots. Read every issue now with a 1-month free trial, only on Apple News+.