Justice League‘s Ray Fisher has spoken out about being cut from the upcoming Flash movie, confirming reports that his character Cyborg will no longer appear in the title.

News that Fisher would no longer feature in the solo Flash movie broke last week, after the actor accused DC Films president Walter Hamada of being an “enabler” in relation to an investigation into the on-set conduct of Justice League director Joss Whedon.

In a lengthy statement shared on Twitter, Fisher addressed the decision, telling fans that he “strongly disagrees” with Warner Bros’ move but does not find it surprising. Referencing rumours about his character’s involvement in The Flash, Fisher insisted that Cyborg’s role “was much larger than a cameo”. 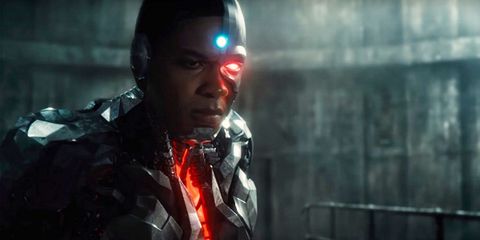 “While I do mourn the lost opportunity to bring Victor Stone back to the screen, bringing awareness to the actions of Walter Hamada will prove to be a much more important contribution to our world,” he wrote.

As well as offering his understanding of events involving Walter Hamada and his requests to escalate an investigation into Whedon and former Warner Bros bosses Geoff Johns and Jon Berg, Fisher lamented the pushback he claims he was met with.

“No one, in any profession, should have to argue with their employer for their claims of abuse, racism, and discrimination to be taken up the proper chain of command. And no one, in any position of leadership, should attempt to dissuade those wishing to report such claims from doing so,” he wrote.

After repeating his allegations of inappropriate “workplace behaviour” Fisher reflected on his time in the role of Cyborg. “If the end of my time as Cyborg is the cost for helping to bring awareness and accountability to Walter Hamada’s actions – I’ll pay it gladly,” he said.

WarnerMedia has responded to Fisher’s post by stating that the actor had already turned down the chance to return to the franchise (via Deadline).

“Last summer, Mr. Fisher was offered the opportunity to reprise his role as Cyborg in The Flash,” a spokesperson has said. “Given his statement that he will not participate in any film associated with Mr. Hamada, our production is now moving on.”

“Warner Bros. remains in business with Geoff Johns, who continues to produce Stargirl, Batwoman, Doom Patrol, Superman & Lois, and Titans for the studio, among other projects.”

It was also stressed that there had been “no impediments to the investigation” of Whedon’s on-set behaviour, which was confirmed to have concluded at the end of 2020. 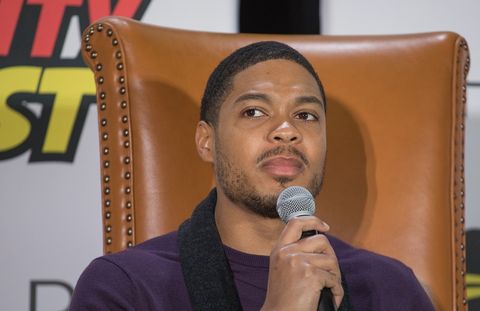 Prior to this, Warner Bros issued a statement claiming that Fisher was not co-operating with their investigation, saying: “In July, Ray Fisher’s representatives asked DC Films President Walter Hamada to talk to Mr Fisher about his concerns during the production of Justice League.

“The two had previously spoken when Mr Hamada asked him to reprise his role as Cyborg in Warner Bros’ upcoming Flash movie, together with other members of the Justice League.

“In their July conversation, Mr Fisher recounted disagreements he’d had with the film’s creative team regarding his portrayal of Cyborg, and complained that his suggested script revisions were not adopted.

“Mr Hamada explained that creative differences are a normal part of the production process, and that a film’s writer/director ultimately has to be in charge of these matters.”

Justice League is out now on DVD or Blu-ray, and Zack Snyder’s Justice League will premiere as a four-episode miniseries on HBO Max this year.