By Dan Heching For Dailymail.com

Kourtney Kardashian reposted a mysterious photo from Travis Barker’s Instagram Story which featured a snap of a vial of his blood.

The 42-year-old reality star added a simple black heart emoji over the image from the 45-year-old Blink 182 drummer’s feed, in a show of affection.

It remains unclear what the vial of blood was from but it does come three years after Barker sought medical treatment for a blood clotting issue in his arms in the summer of 2018. 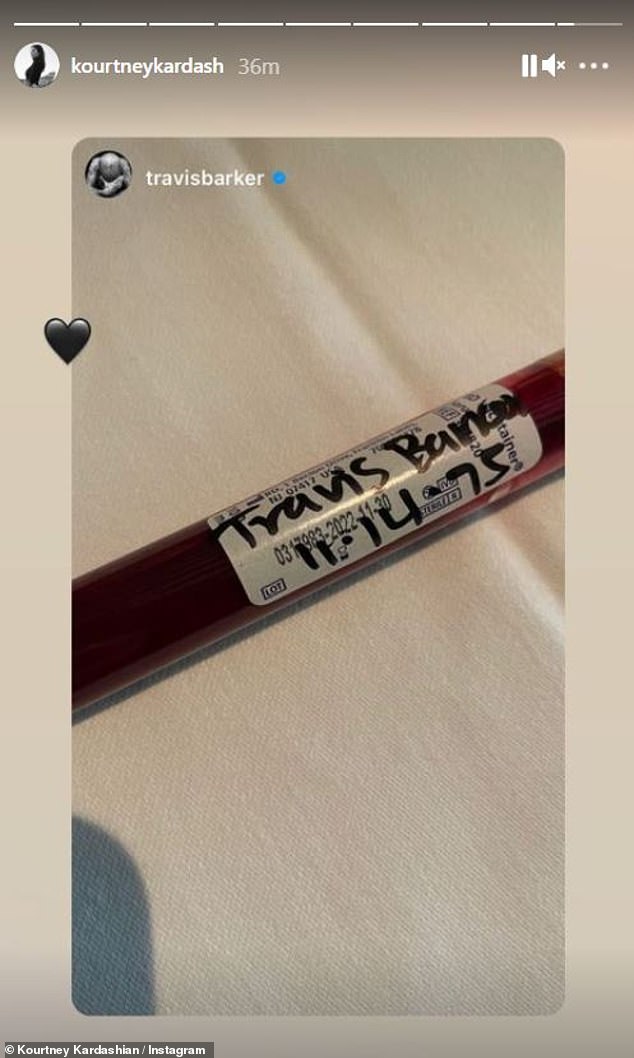 But why: Travis Barker’s uber famous girlfriend Kourtney Kardashian reposted a photo of a vial of his blood to her Instagram Stories on Monday

The test tube of blood displayed Barker’s name, along with his birthdate of 11.14.75.

In 2018, Travis was cleared by doctors to resume performing with his band after dealing with blood clots.

The performer was medically cleared to perform after treatment for clots in both his arms, NME reported. 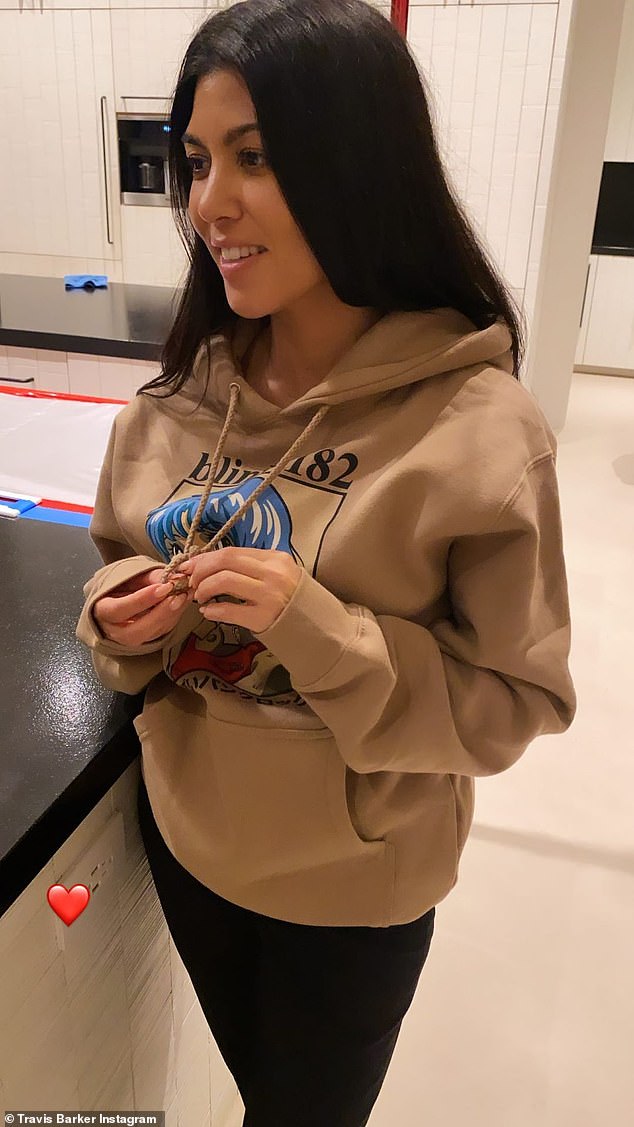 A heart right back: Kourtney, 42, added a simple black heart emoji over the image from the 45-year-old Blink 182 drummer’s Stories feed, in a show of affection

Blink 182 was forced to cancel their Las Vegas residency earlier that year when news broke of Barker’s condition.

Travis and Kourtney have been an item since around Halloween of last year, after a longstanding friendship of many years.

Perhaps, Travis had his blood drawn so he could put it in a necklace, as Machine Gun Kelly has done for his beloved Megan Fox. 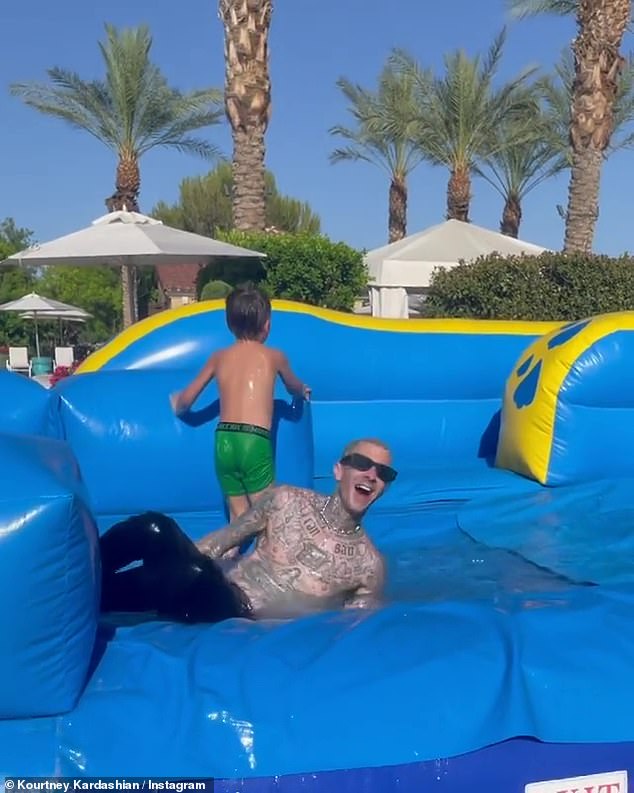 Happy boyfriend: Travis and Kourtney have been an item since around Halloween of last year, after a longstanding friendship of many years; Barker seen on her Instagram

Both Travis and Kourtney are parents to children from previous relationships. 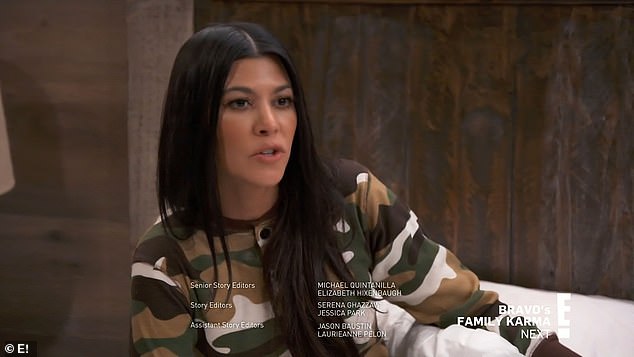