‘I went in with no vanity’: Reclusive star Lara Flynn Boyle, 51, talks first movie role in over FIVE YEARS… as she gives rare interview saying she wasn’t afraid ‘to look like s***’ in gritty drama

By George Stark For Dailymail.com

Reclusive movie star Lara Flynn Boyle has given a rare interview, as the 51-year-old actress gears up to release her first film in over five years.

Speaking to The Hollywood Reporter, Boyle – who is promoting the action drama Death in Texas – shoots down the interviewer’s suggestion that it could be considered a comeback role, saying: ‘I never went anywhere.’

Best known for her role as Donna Hayward in the ’90s cult television series Twin Peaks, Boyle gives a refreshingly frank interview, saying that she wasn’t afraid ‘to look like s***’ in the new film. 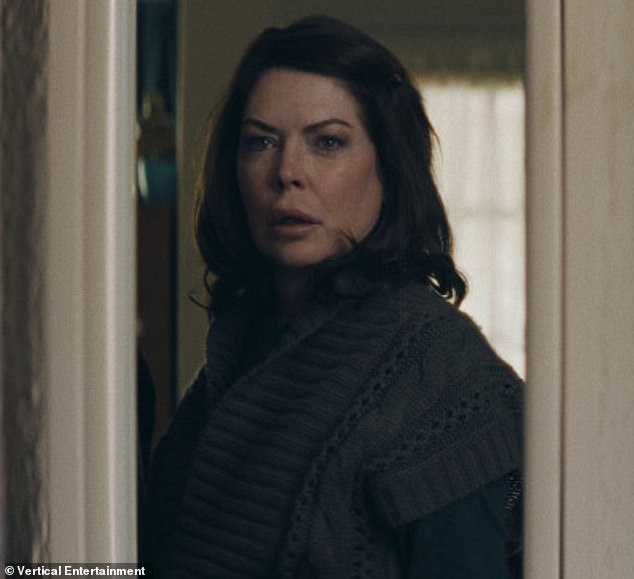 ‘It was a commitment to myself to go in with no vanity,’ she says of the part. ‘I was like, “Look, I’m going to look like s****. Make me look even crappier than I already would.” It was selfishly, again, it was like being back in acting class.’

The actress is rumoured to have had plastic surgery over the years, often spotted out with a dramatically different look to how she is remembered on screen.

But the star says: ‘I’m an actress so it’s a stretch to become that selfless. [Laughs] Hello! I know! We love attention. But I was like, “Let’s be raw and absolutely 100 percent not self-involved.” It was a little bit of work to be that mindless and focus completely on another human being.’ 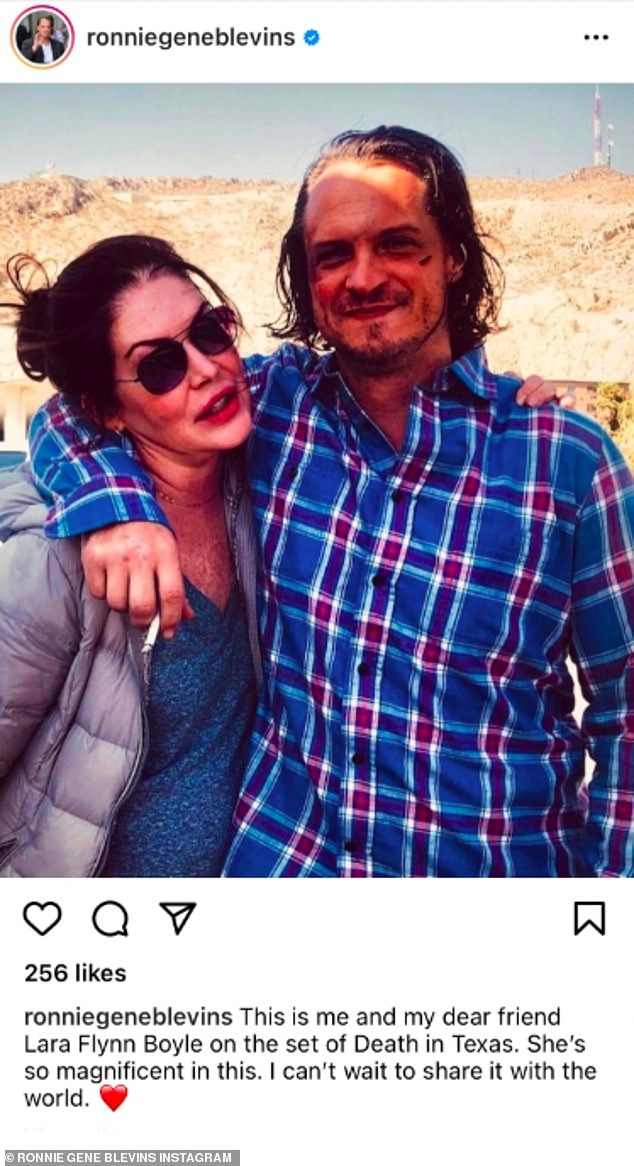 Mother: The interviewer points out that it is jarring in the film to see her play a mother to a character played by actor Ronnie Blevins who is just eight years younger than her at 43 (pictured together above)

The interviewer points out to Boyle that it is jarring in the film to see her play a mother to a character played by actor Ronnie Blevins who is just eight years younger than her at 43.

But Boyle responded saying she based her character on one of her best friends who had a daughter at age 15.

‘I felt a little more sisterly than motherly, but it was pretty much around the same line,’ she explained. ‘A lot of times he’d be like, “What do you think about this?” And I’d be like, “Shut up. Don’t make me feel so old.” 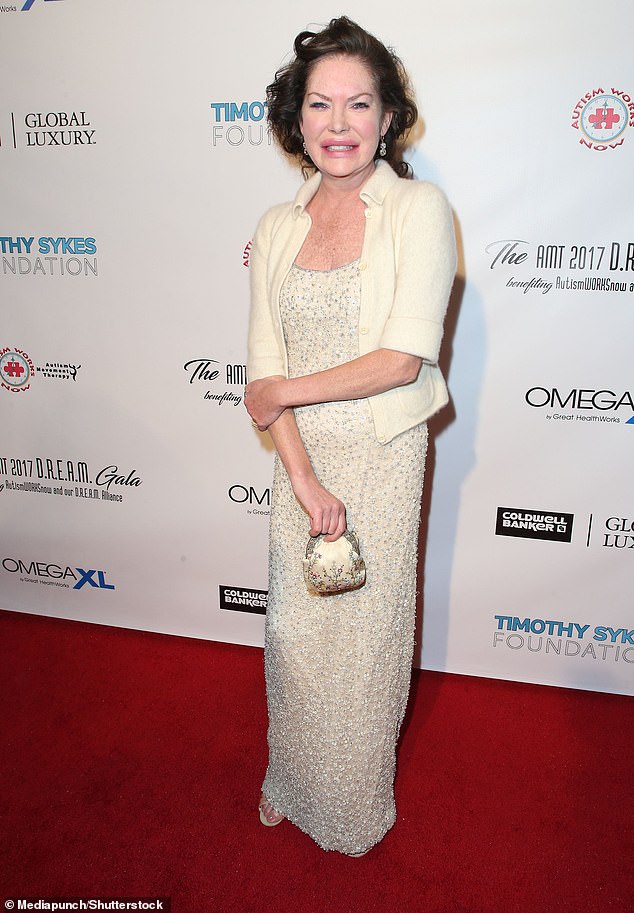 Reclusive: One of Boyle’s last red carpet appearances was in 2017 in Beverly Hills (pictured above) 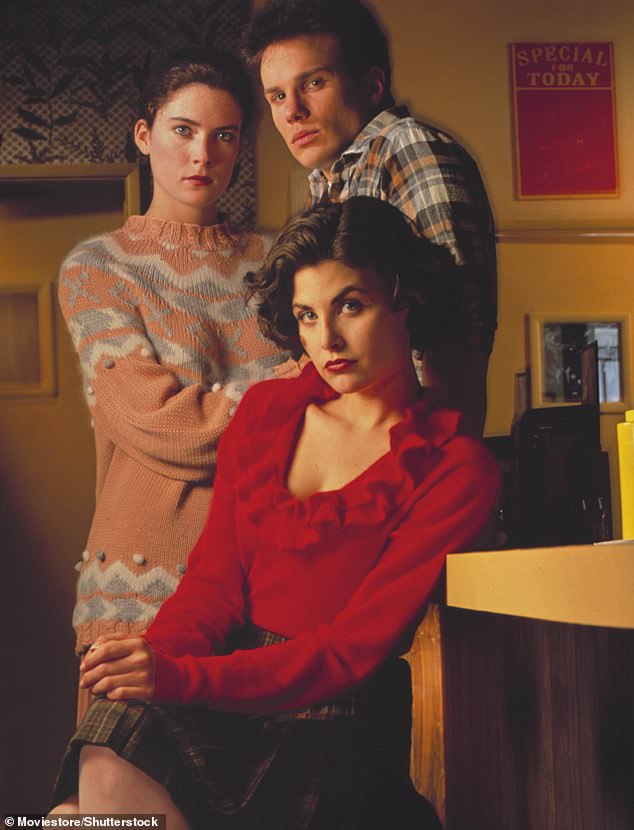 Classic: Boyle is best known best known for her role as Donna Hayward in the ’90s cult television series Twin Peaks (pictured above with stars Sherilyn Fenn and James Marshall

‘He’d be like, “No, what do you think about this?” We were never at a loss for conversation or anything, all day long every day. We very much shared a symbiotic sort of kinetic bond.’

Elsewhere in the interview, Boyle said she ‘gave up’ her vanity a long time ago.

Quoting Bette Davis’ famous line ‘Old age ain’t no place for sissies’ Boyle says, ‘It’s a lovely hurdle to get over. Things drop, things fall, things change but the work is always there.’ 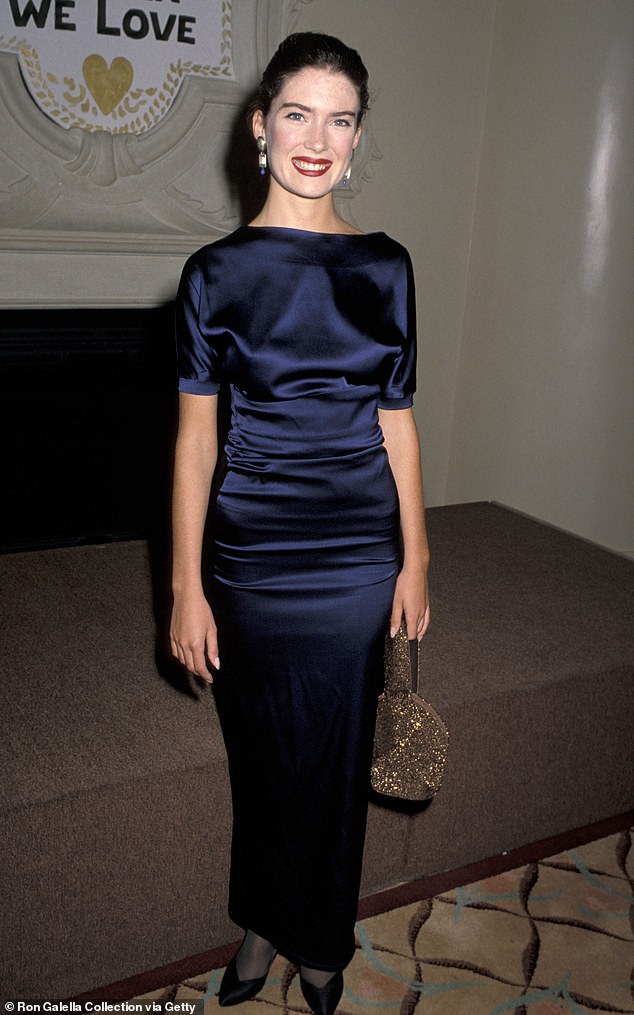 Stunning: Elsewhere in the interview, Boyle – pictured above in 1991 – said she ‘gave up’ her vanity a long time ago.