Never Have I Ever star Maitreyi Ramakrishnan, 19, cast as Lizzie Bennet in Netflix’s Pride And Prejudice adaptation The Netherfield Girls

Yet another adaptation of Jane Austen’s Pride And Prejudice is in the works.

Netflix has commissioned The Netherfield Girls from writer and director Becca Gleason with 19-year-old Canadian Maitreyi Ramakrishnan set for the lead role of Lizzie Bennet.

The movie is described as a ‘fresh and contemporary’ take on the literary classic, Variety reported on Wednesday.

Big deal: Maitreyi Ramakrishnan, 19, has been tapped to play the lead role of Lizzie Bennet in a new adaptation for Netflix of Jane Austen’s classic novel Pride And Prejudice, Variety reported

Ramakrishnan found fame when she landed the lead role in Mindy Kaling’s Netflix teen comedy Never Have I Ever right out of high school.

The teen from Mississauga, Ontario, is of Tamil descent, her family having moved to Canada as refugees from Sri Lanka.

She was chosen from thousands of hopefuls in an open casting call for the series based on Kaling’s own experiences of growing up as an Indian-American in Boston. 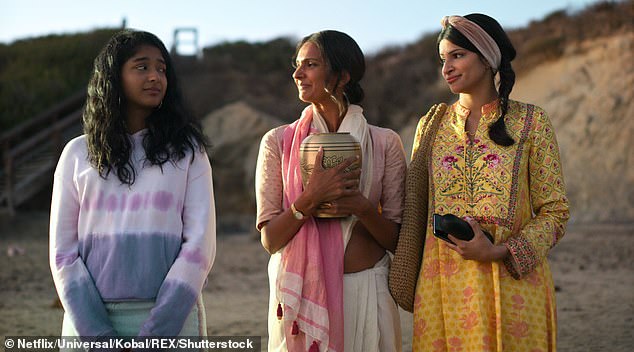 Breakout role: Ramakrishnan found fame when she landed the lead role in Netflix teen comedy Never Have I Ever right out of high school (pictured left with Poorna Jagannathan and Richa Moorjani) 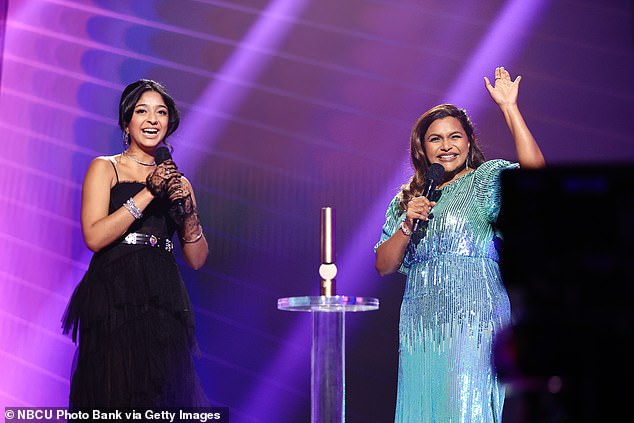 Rising star: The series from Mindy Kaling was based on the star’s own experiences growing up as an Indian-American in Boston (Kaling and Ramakrishnan pictured at 2020 People’s Choice Awards)

Pride And Prejudice follows the romantic fortunes of the Bennet sisters, and in particular Lizzie who takes an instant disliking to the supremely wealthy and eligible Mr. Darcy.

However, as the tale unfolds, she realizes that his pride and her prejudice had prevented them from seeing that they were ideally suited for one another, and naturally there’s a happy ending.

Austen’s novel has enjoyed various on screen incarnations including the much praised British TV version starring Colin Firth and Jennifer Ehle, as well as a movie version starring Keira Knightley and Matthew Mcfadyen.

Adaptations of Pride And Prejudice have included Easy A starring Emma Stone and 10 Things I Hate About You with Julia Stiles and Heath Ledger. 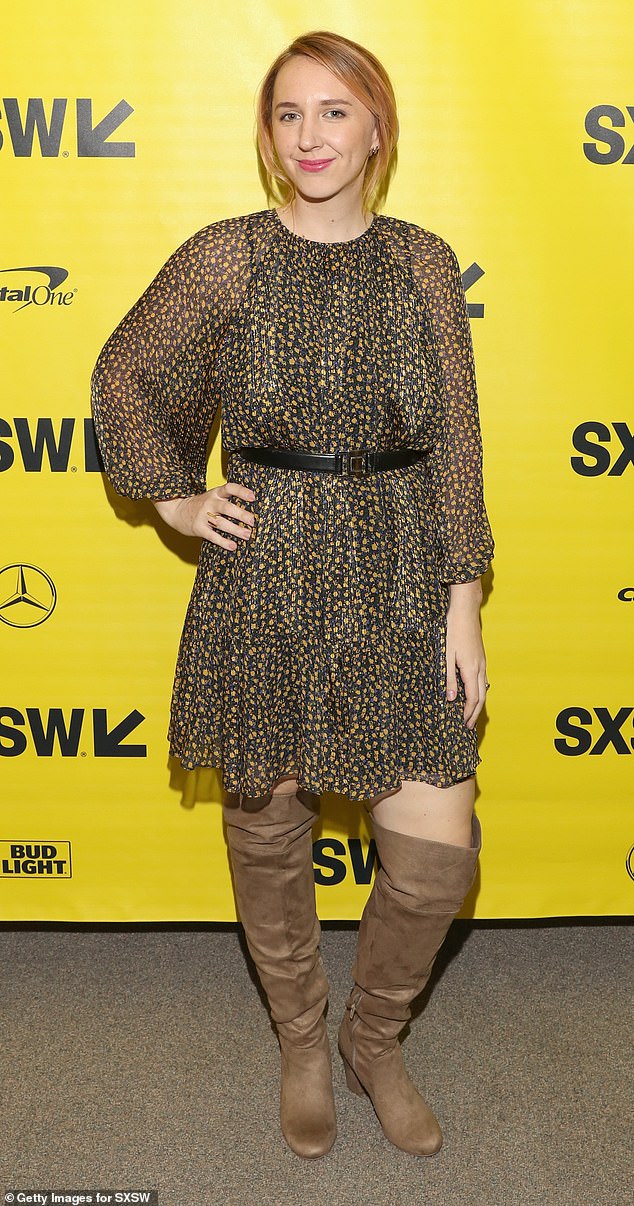 Helmer: The Netherfield Girls, described as a ‘fresh and contemporary’ take on the literary classic, has been written by Becca Gleason who will also direct the movie (pictured in 2018)