The creators and executives behind Mare Of Easttown have teased the potential of a second season.

HBO’s Chief Content Officer Casey Bloys has said making more episodes depends on whether show creator Brad Ingelsby ‘feels like he has a story to tell that would be on the same level’, but that he thinks ‘everybody would be open’ to another series.

It comes after Kate Winslet, 45, who brilliantly portrays main character Detective Mare Sheehan, said that she would ‘absolutely love’ to reprise her role. 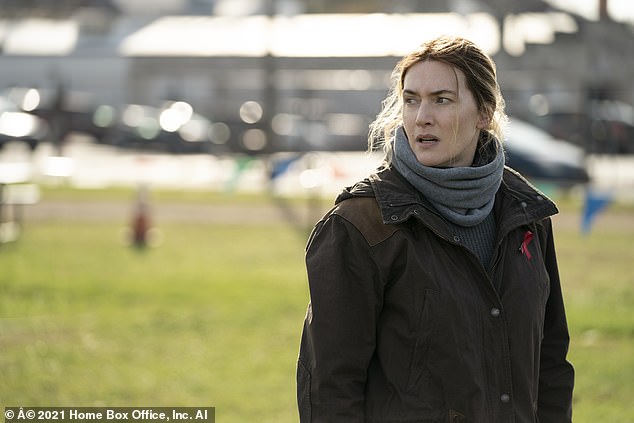 More Mare? The creators and executives behind hit show Mare Of Easttown have teased the potential of a second season after Kate Winslet (pictured) said she’d ‘love’ to reprise her role

Speaking with Variety, Bloys said: ‘Brad just did a fantastic job on Mare. If Brad felt like he had a story to tell that felt like it would be at the same level. I think everybody would be open to it.

‘Right now, he doesn’t have that story. Who knows? We’ll have to wait to see if they come up with something they’re dying to tell.’

Making it clear that no decisions have been made yet, Bloys added that there have been ‘no real conversations about what a season 2 would look like’.

And although series two doesn’t seem to coming any time soon, more shows from the same writer could be coming to TV in the future. 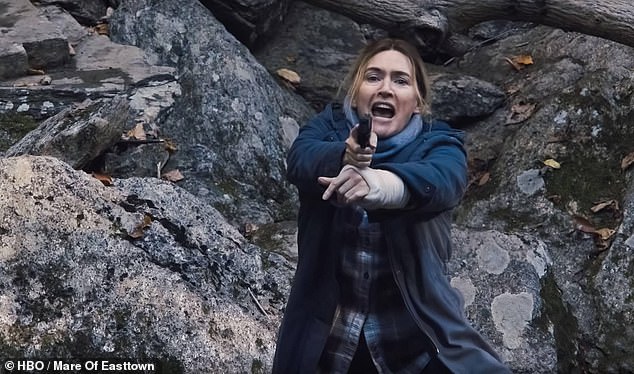 ‘I think everybody would be open to it’: HBO’s Chief Content Officer Casey Bloys explained that another series depends on whether writer Brad Ingelsby ‘feels like he had a story to tell that would be on the same level’ (Kate is pictured playing Mare in the  dramatic crime show)

The publication reports that HBO was so impressed with Mare Of Easttown that it has penned a three-year exclusive overall deal for TV with Brad.

If a second season does eventually get the go-ahead, it seems bosses will already have their lead star enthusiastically waiting to sign up.

Speaking with TVLine last week, Kate Winslet said: ‘I would absolutely love to play Mare again. I miss her. I really do. It’s the strangest thing. I feel like I’m in mourning.

‘It was an absolutely wonderful role… There’s something very addictive about Mare, because she’s so outrageous and lovable and brilliant and real, you know? I loved playing her.’ 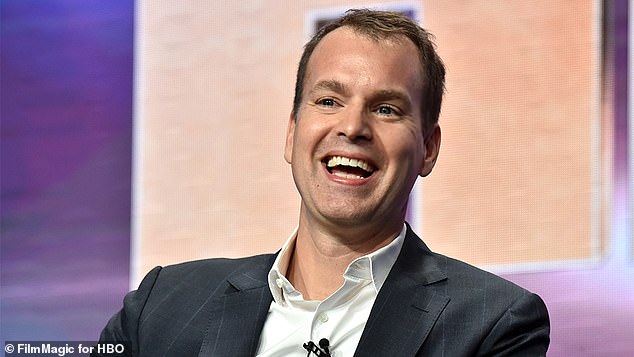 It’s not a no: Making it clear that no decisions have been made yet, Bloys added that there have been ‘no real conversations about what a season 2 would look like’ (pictured in 2019) 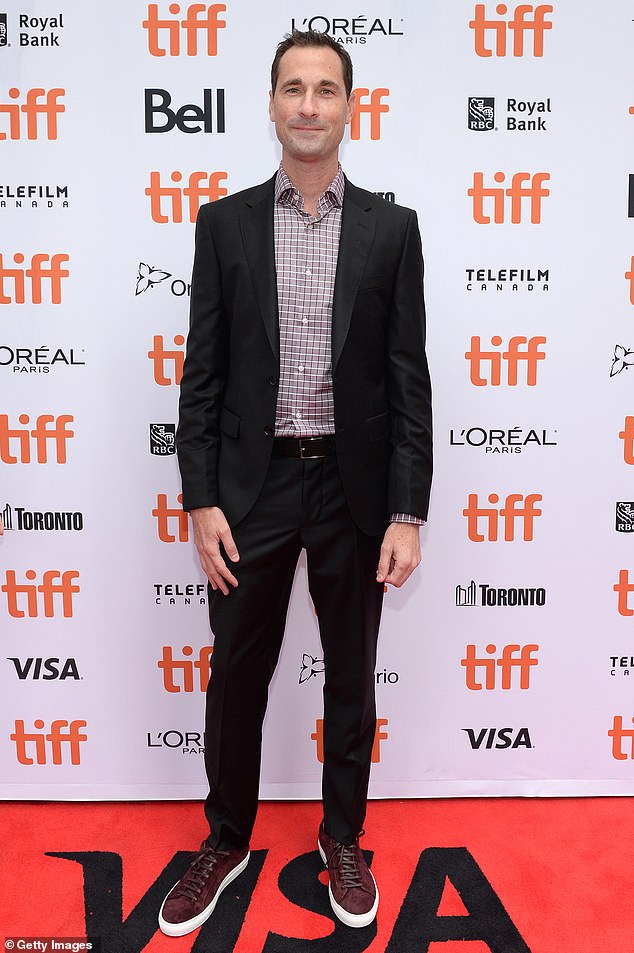 Very cool: The publication reports that HBO was so impressed with Mare Of Easttown that it has penned a three-year exclusive overall deal for TV with Brad Ingelsby (pictured in 2019) 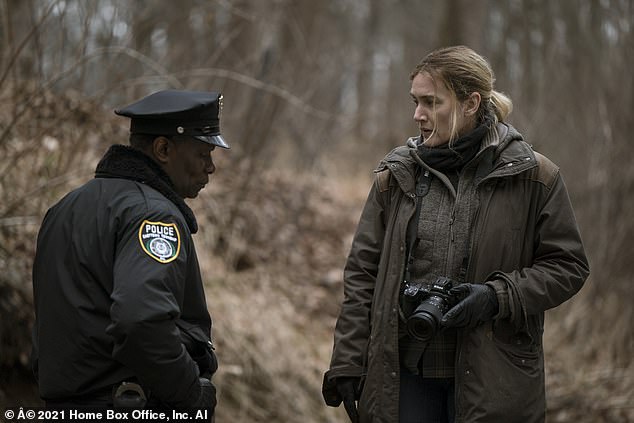 ‘It was an absolutely wonderful role’: Kate has gushed over her character, saying Mare is ‘so outrageous and lovable and brilliant’ (pictured with John Douglas Thompson as Chief Carter)

The show followed Mare as she investigated a young girl’s murder in the fictional Easttown Township in Chester County, Pennsylvania.

HBO is still calling Mare of Easttown a limited series, and they intend to have it compete in the Limited Series category at the Emmy Awards this year.

Still, executive producer/director Craig Zobel revealed in an interview that he is torn, since he likes the character so much.

‘(Mare Sheehan) is an amazing character, so I would be excited to see (a second season). I also like it as a miniseries,’ Zobel said.

If HBO did decide to bring Mare of Easttown back for a second season, it wouldn’t be the first time they’ve extended a limited series. 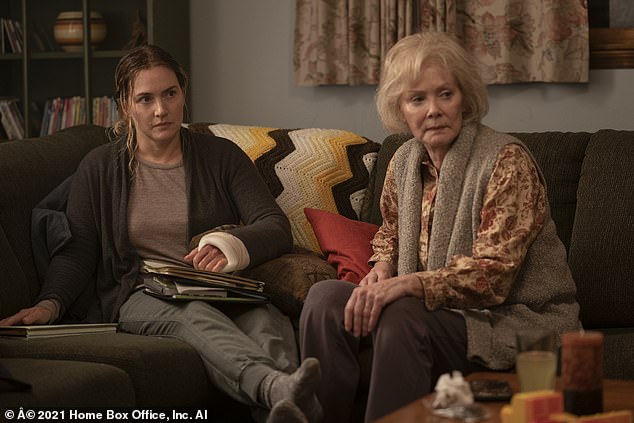 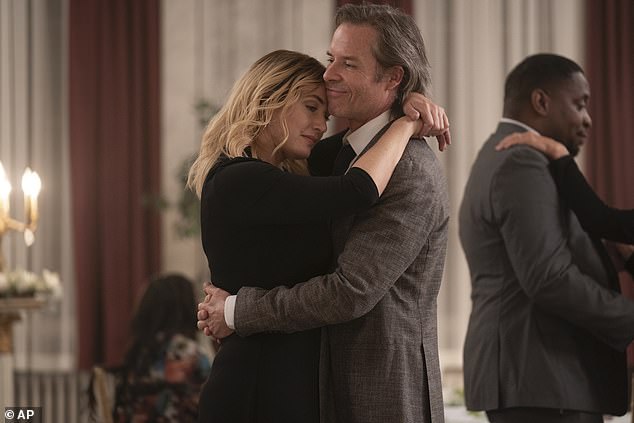 Short run: HBO is still calling Mare of Easttown a limited series and they intend to have it compete in the Limited Series category at the Emmy Awards (Kate pictured with Guy Pearce)

The network’s hit drama Big Little Lies, based on the novel of the same name by Lianne Moriarty, which was a hit with critics and audiences alike, earning Emmy Awards for Outstanding Limited Series and a directing award for Jean-Marc Vallee.

The show was officially brought back for a second season, with series creator David E. Kelley adapting the show from a new novella by Moriarty.

Mare Of Easttown has also proven to be a huge hit for HBO, with figures released by HBO last Tuesday showing that four million viewers watched the season finale over the Memorial Day holiday, including three million on Sunday night.

Kate has also won praise for refusing to allow her body to be airbrushed or edited, wanting to keep her natural lines and shape on camera. 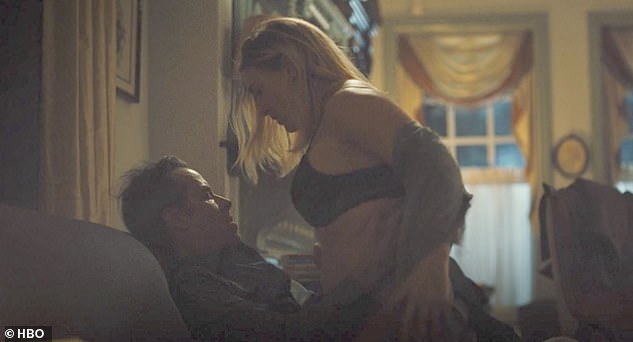 Editing: Kate has won praise for refusing to allow her body to be airbrushed or edited, telling the director to not cut out ‘a bulgy bit of belly’ in one of the scenes 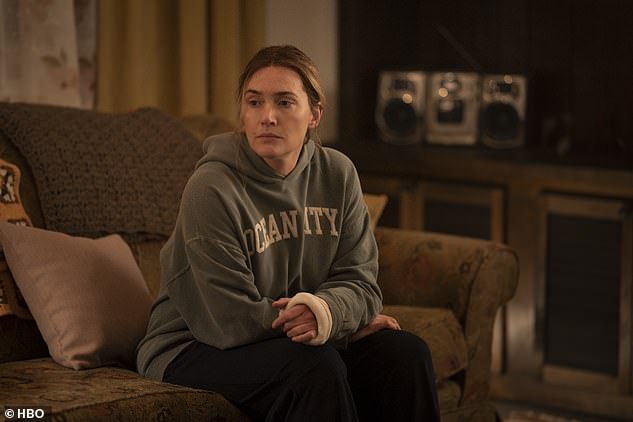 Authentic: Kate had to fight to keep her character in Mare of Easttown from being airbrushed to look younger and skinnier

Speaking to with the New York Times, the 45-year-old said that she had to fight to keep her character looking like a middle-aged woman.

When Mare’s director Craig Zobel told Kate he would cut out ‘a bulgy bit of belly’ in her sex scene with Guy Pearce, she told him: ‘Don’t you dare!’

She then shared how she had to send the show’s poster back twice after HBO tried to airbrush the lines out of her face.

The Titanic star said that it was important for her to be true to the character of Mare and to show her as a ‘middle-aged woman and a grandmother’.

‘She’s a fully functioning, flawed woman with a body and a face that moves in a way that is synonymous with her age and her life and where she comes from. I think we’re starved of that a bit,’ she said.

Kate, who turns 46 in four months, also noted her ‘days are getting a little bit numbered of doing nudity.’

‘I’m just not that comfortable doing it anymore. It’s not even really an age thing, actually. There comes a point where people are going to go, ‘Oh, here she goes again,’ she explained to the outlet. 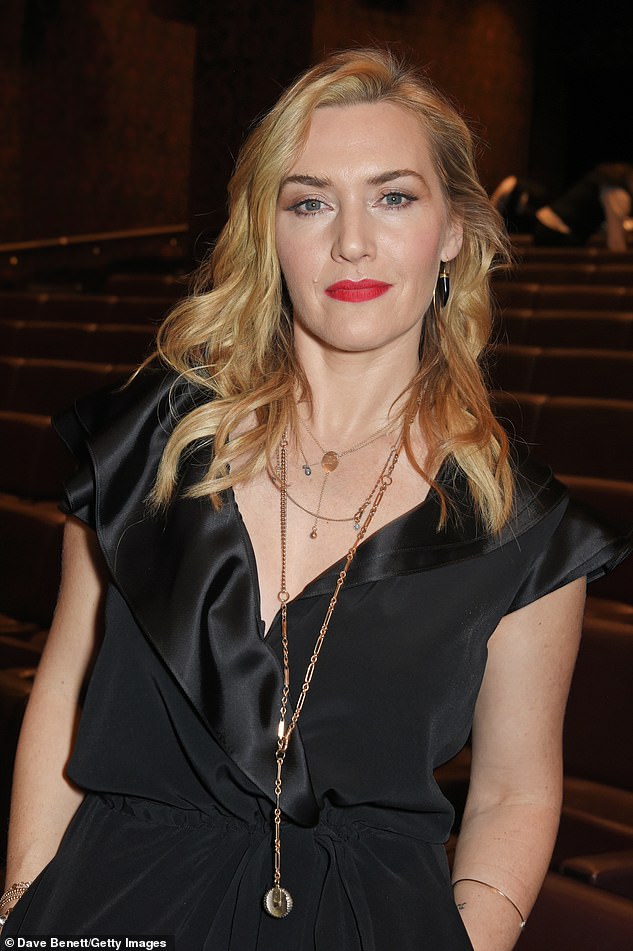 Fantasy: Kate recently discussed beauty and ageing, saying that the ‘Hollywood look is a myth’ in an interview with Vogue (pictured in 2018)