The final episode of Loki introduced us to a new character in the MCU, but there’s been some debate among fans over who he really is.

In the episode, Loki, Sylvie and the rest of us met ‘He Who Remains‘, a mysterious character played by Lovecraft Country‘s Jonathan Majors. 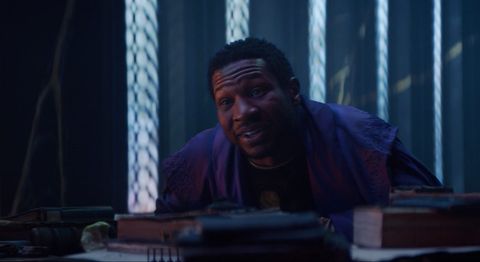 Fans have known for a while that Majors was joining the MCU after he was revealed as part of the cast for the third Ant-Man movie, but his appearance in Loki was kept under wraps.

It had been rumoured for a long time that Majors would be playing comic book villain Kang the Conqueror and now many people are referring to the Loki character as Kang, even though that name was never uttered.

And He Who Remains is itself a character from Marvel Comics. So is this a Kang created from various Marvel characters?

Addressing the villain’s identity, director Kate Herron told Deadline: “It’s a bit like Sylvie, right? She’s a unique character in relation to our story. He Who Remains is in the comics, but the version in our show was very different.

“He’s closer to Immortus, but he’s a unique character for our story. But Kang is a variant of that character.”

Herron also discussed the show’s finale this week, saying Loki “is a changed character by the end” and they got the ending they wanted for him.

“We wanted to end Loki’s story well, but also there’s this cliffhanger of, ‘Where’s he going to go?'” Herron explained. “It was an ending that we all knew we wanted… that the multiverse would be born and open again, and here he goes.”

Loki season 1 is streaming exclusively on Disney+. Season 2 has been officially confirmed.

Loki: The God Who Fell to Earth by Daniel Kibblesmith and Oscar Bazaldua

War of the Realms by Jason Aaron and Russel Dauterman