Matt Baker is back on The One Show for a very special reason!

The former One Show presenter had a surprise reunion with his former co-host Alex Jones during Thursday’s edition (October 15), several months after quitting the BBC One chatshow.

“It’s lovely to be back on the show,” Matt beamed.

Alex was just as thrilled to be reunited with her old co-host, beaming that it was “really, really nice” to be sharing such an important announcement with him.

Matt was joining Alex and Michael Ball during Thursday’s One Show to reveal that he would be regularly appearing on the show for Children in Need, as part of the annual Rickshaw Challenge. 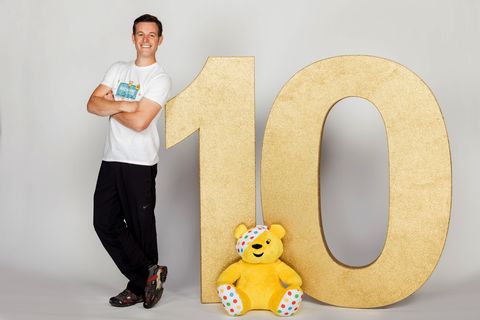 For the past decade, Matt has rode across the countryside of the UK along with a group of children who have battled difficult circumstances in their own lives. Now, Matt has a Rickshaw collection in his own backyard!

“It’s gone from strength to strength,” Matt told viewers. “There have been so many incredible highlights over the years… I’ve watched so many of those youngsters over the years just grow in confidence.

This year, Matt and his six-member Team Rickshaw will ride the equivalent of his first Challenge, from Edinburgh to London – but they will do it within the Goodwood in order to account for social distancing.

This year’s Rickshaw Challenge will begin on Friday, November 6 and continue right through to BBC One’s Children in Need telethon later in the month.

The One Show continues Mondays through Fridays at 7pm on BBC One.