Michael J. Fox eyeing a second retirement from acting amid health problems … as he hails wife Tracy as his ‘rock that keeps on rolling’

By Adam S. Levy For Dailymail.com

Michael J. Fox says he’s a considering a second retirement from acting amid his health problems.

The 59-year-old actor made the revelation in his new book No Time Like the Future: An Optimist Considers Mortality, as he said that he’s content to quit acting amid a pileup of health complications that have impacted his ability to perform.

‘In fairness to myself and to producers, directors, editors, and poor beleaguered script supervisors, not to mention actors who enjoy a little pace, I enter a second retirement,’ Fox said in the book. ‘That could change, because everything changes. But if this is the end of my acting career, so be it.’ 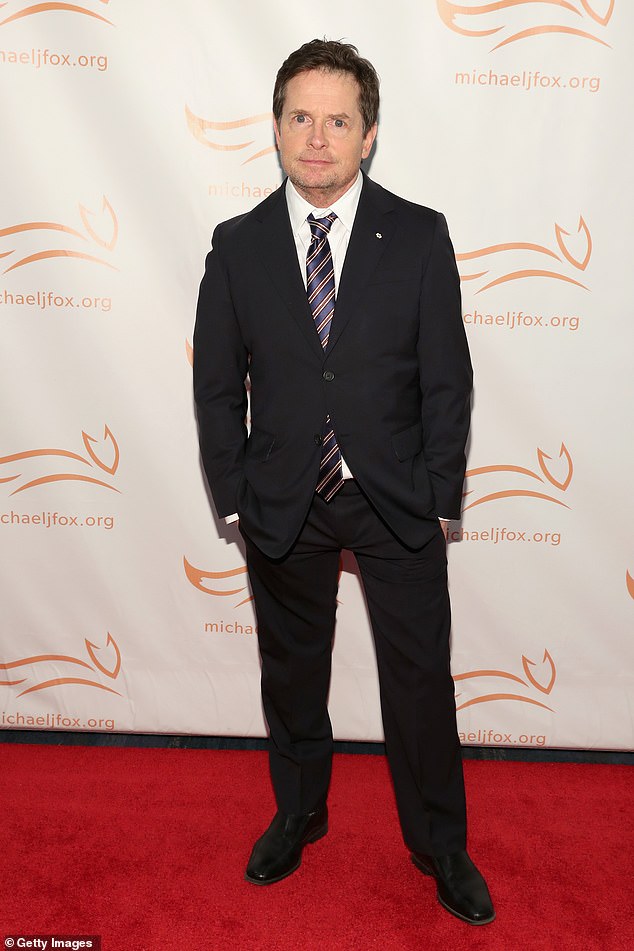 The latest: Michael J. Fox, 59, says he’s a considering a second retirement from acting amid his health problems in his new book, No Time Like the Future: An Optimist Considers Mortality

He continued: ‘The nascent diminishment in my ability to download words and repeat them verbatim is just the latest ripple in the pond.

‘There are reasons for my lapses in memorization – be they age, cognitive issues with the disease, distraction from the constant sensations of Parkinson’s, or lack of sensation because of the spine – but I read it as a message, an indicator.

The Back to the Future star, who was diagnosed with Parkinson’s disease in 1991, said that ‘there is a time for everything, and my time of putting in a twelve-hour workday, and memorizing seven pages of dialogue, is best behind me. At least for now.’

Speaking with People earlier this month, Fox said his ‘short-term memory is shot,’ further complicating his abilities in front of the cameras. 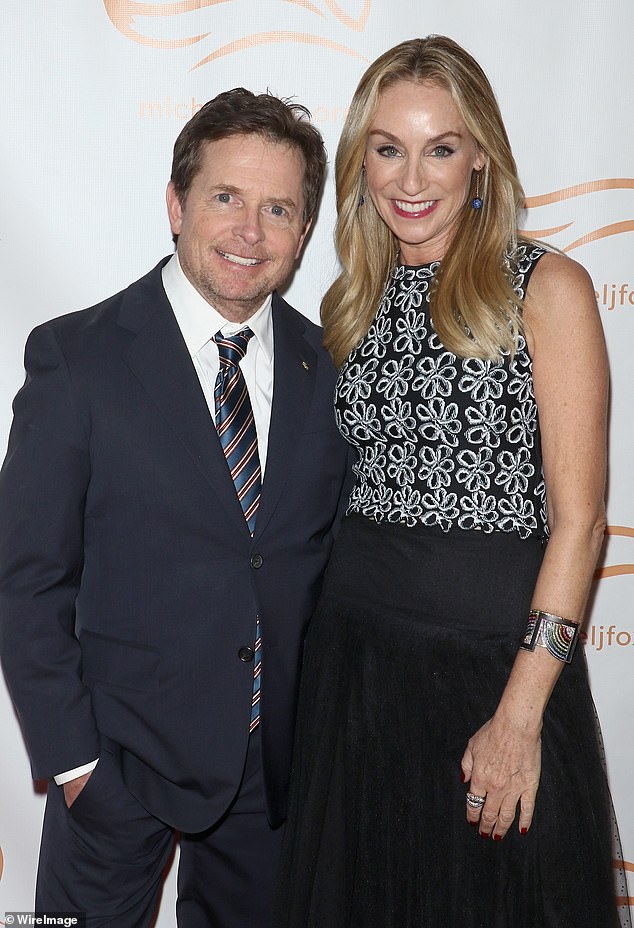 Fox opened up  about his relationship with his wife, actress Tracy Pollan 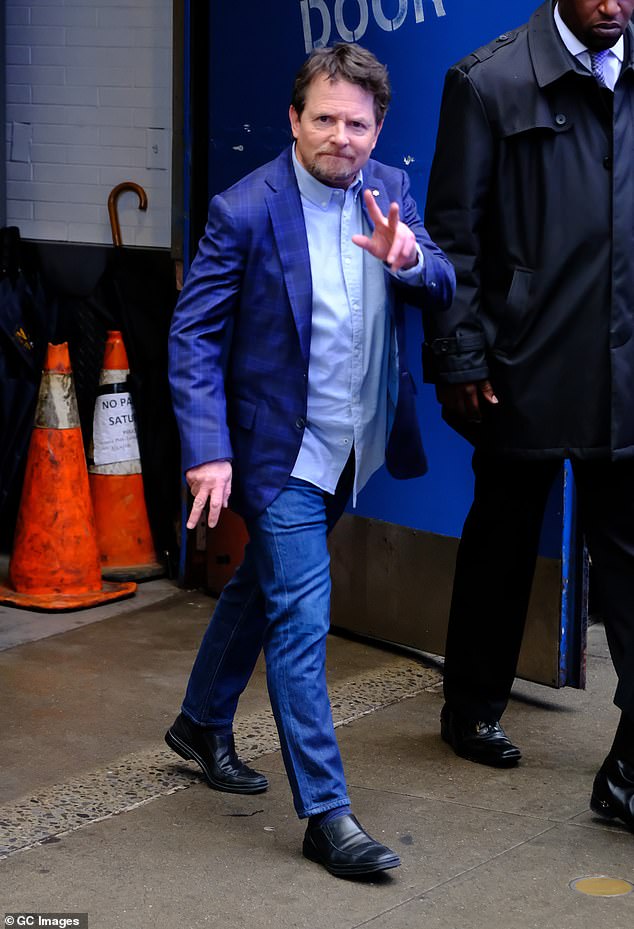 Out and about: Fox was snapped in 2018 in NYC after appearing on Good Morning America

‘I always had a real proficiency for lines and memorization,’ he said. ‘And I had some extreme situations where the last couple of jobs I did were actually really word-heavy parts. I struggled during both of them.’

He said he’s refocused his efforts on writing: ‘I’m down to this. My guitar playing is no good. My sketching is no good anymore, my dancing never was good, and acting is getting tougher to do. So it’s down to writing. Luckily, I really enjoy it.’

Fox, while on a media tour promoting his new book, opened up to ET about his relationship with his wife, actress Tracy Pollan, calling her his ‘rock that keeps on rolling.

He added: ‘She’s honest, affectionate, kind, smart and she’s just there in a pinch. She’s beautiful and I love her and she’s sexy and gorgeous. She’s a great mother, great cook and great bodyboard surf junkie beach babe. She’s just cool. She’s my best friend. And, she’s got a sense of humor!’