James Stunt today claimed diamonds given to him by a member of the Royal Family were among gems stolen in a £30million raid on his safe.

Mr Stunt, 38, told Southwark Crown Court the theft from his £10million Belgravia mews home in December 2017 was ‘one of the largest in UK history’.

His former security guard, Justinas Ivaskevicius, 34, is on trial accused of stealing a 16.18-carat fancy yellow diamond ring valued at £515,000.

But Mr Stunt, who months earlier had split from Petra Ecclestone – daughter of former F1 tycoon Bernie – in an acrimonious divorce after six years of marriage, said other more valuable items were also stolen from his safe.

Giving evidence, he said: ‘I lost diamonds, some gifted to me. I’m not going to say from who in this court because it was a deceased member of the Royal Family.’

Jurors were shown pictures of the contents of the safe, which included two blue diamonds, a pink diamond, a large white diamond, six 1kg gold bars, the yellow diamond ring and a Cartier engagement ring, which Stunt said he gave his ex-wife.

‘She was rather rich, she threw it in my face,’ he said. 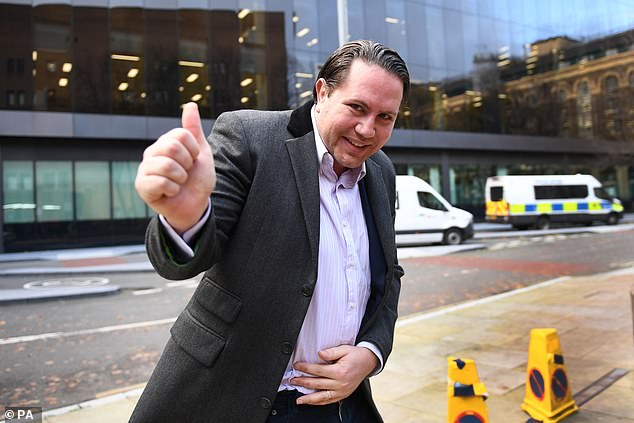 James Stunt arrives at Southwark Crown Court to give evidence in the trial of Justinas Ivaskevicius, 34, who is accused of stealing a 16.18-carat fancy yellow diamond 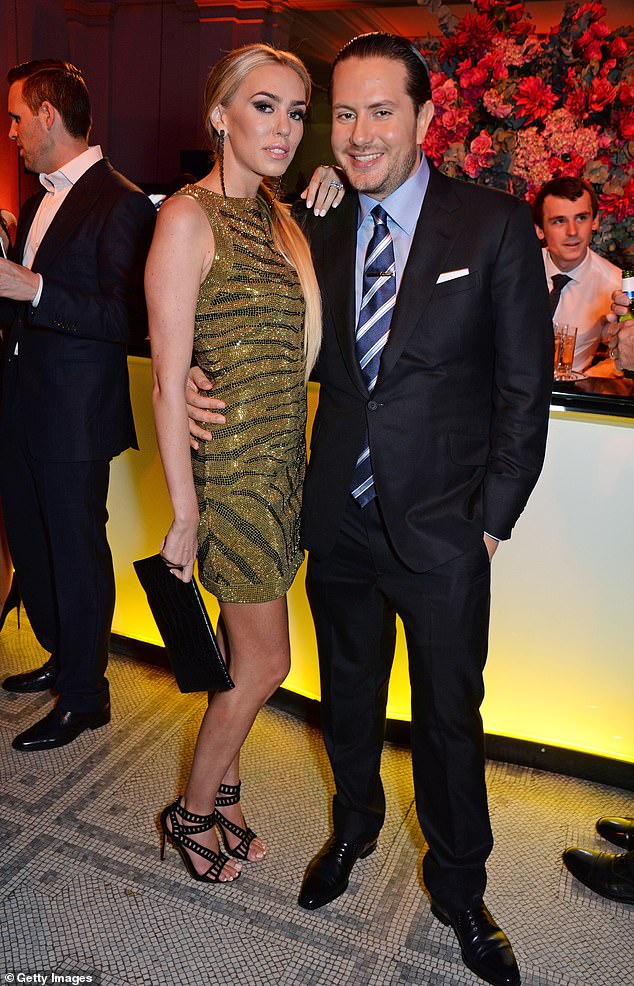 Stunt said he was alerted to the alleged theft on the morning of December 14, 2017 by schoolfriend Alex Tulloch, who was senior vice president of gold dealing firm Stunt & Co, and acted as his ‘wet nurse’ during a difficult period of his life.

‘The whole thing had been cleaned out. There was literally not a receipt left. They took both my passports – my diplomatic and citizen’s ones,’ he said.

As a picture of a safe containing only a single screw was shown in court, Stunt joked: ‘Maybe that was a signal, ‘you got screwed’.’

Under cross-examination from Michael Lavers, defending Ivaskevicius, Mr Stunt said: ‘I would say the net worth of this burglary is anywhere between 20 million and 70 million (US) dollars.’

Mr Lavers said: ‘If you take the values and tot them up, it’s roughly £30million we are talking about.’

Mr Stunt described himself as an ‘extremely wealthy’ man at the time of the alleged theft, who had a gold assaying business as well as being an investor and dealing in fine art.

He told the court he had moved into the Belgravia property, bought for £10million, less than two weeks earlier following his divorce and custody battle over their three children.

Mr Stunt said he did not know where the safe was or that the key, to which Mr Tulloch and head of security Gabriel Lekwara had access, was stored in his Rolls Royce Phantom, parked outside, usually alongside a Range Rover and a Lamborghini.

The court heard Mr Stunt was at home with a ‘lady friend’ on the night of December 13 2017, along with his two butlers and three night security guards, including Ivaskevicius, who is originally from Lithuania. 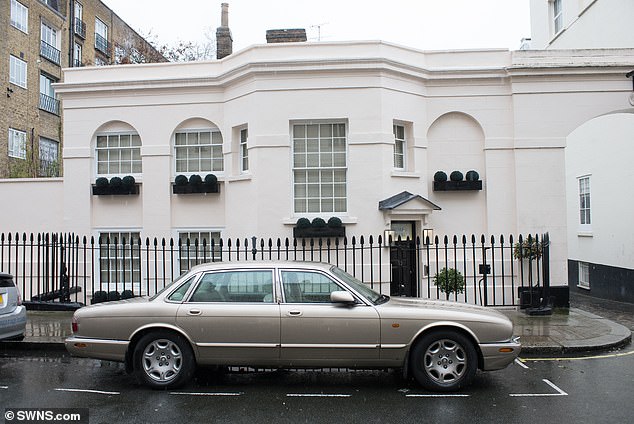 Justinas Ivaskevicius, 34, is accused of stealing the 16.18-carat yellow diamond from Mr Stunt’s Belgravia mews property (pictured), where he was working as a security guard

Ivaskevicius told colleagues he had searched John Gilmour before the butler left the property at around 5am the next day to fly to Amsterdam, it is said.

Mr Lekwara found the safe empty when he arrived later that morning, with items stolen including a diamond which was valued at around £500,000 when it was authenticated at the Gemilogical Institute of America (GIA) on May 10, 2018.

Mr Stunt had bought the gem as a diamond ring for £374,000 from Bond Street jewellers Mossaieff on November 30, 2017, the court heard.

Prosecutors say Ivaskevicius, posing as ‘Sebastian Thomasz Kowal’, tried to sell the diamond to a jewellery dealer in Antwerp, Belgium, before it was sent to the GIA.

The court heard that the police investigation into the diamond theft also revealed that Ivaskevicius was involved in a cannabis farm, the possession of criminal cash, handling stolen cheques and the use of a number of false identities.