Sarah Jessica Parker proudly rocks grey roots she arrives to the set of Sex And The City reboot… after fans rejoice over new, diverse additions to the cast

By Kelby Vera For Dailymail.com

She’s been busy shooting the upcoming Sex And The City revival And Just Like That.

And Sarah Jessica Parker was hard at work once again when she headed back to set on location in NYC on Thursday.

Though she’d been turning heads in Carrie Bradshaw costumes earlier in the week, the actress, 56, embraced a much more casual look before that day’s shoot.

And going for a natural look, Parker rocked noticeable grey roots in her hair. 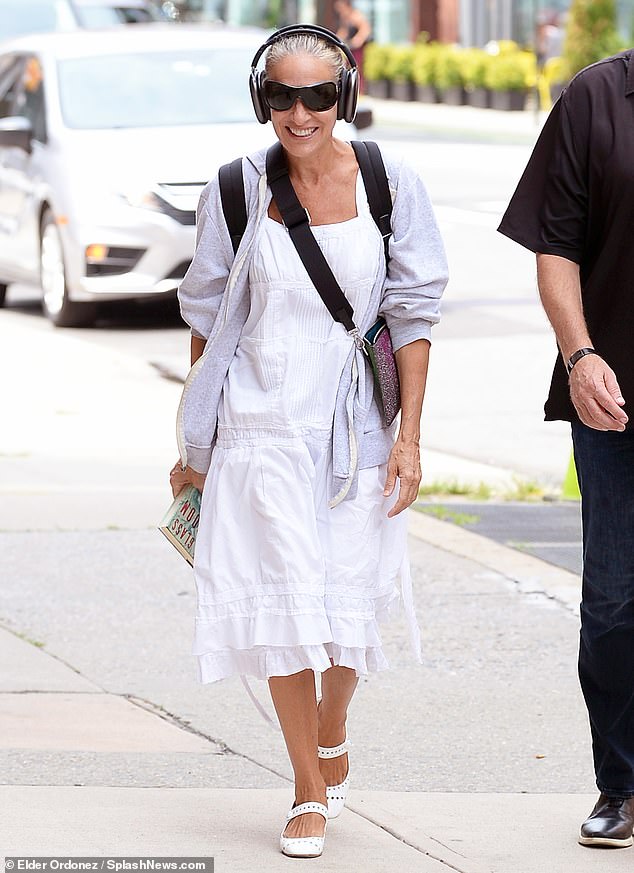 Summer dress: Sarah Jessica Parker looked breezy as she headed to the set of the Sex And The City reboot And Just Like That in NYC on Thursday

Tuning out the city sounds, the wife of Matthew Broderick donned noise canceling headphones while shading herself with wrap around sunglasses.

It looked like she was prepared for a long day as she came equipped with a full backpack and messenger bag.

Sarah was also ready to sneak in some light reading, seen carrying the novel The Glass Kingdom by Lawrence Osborne. 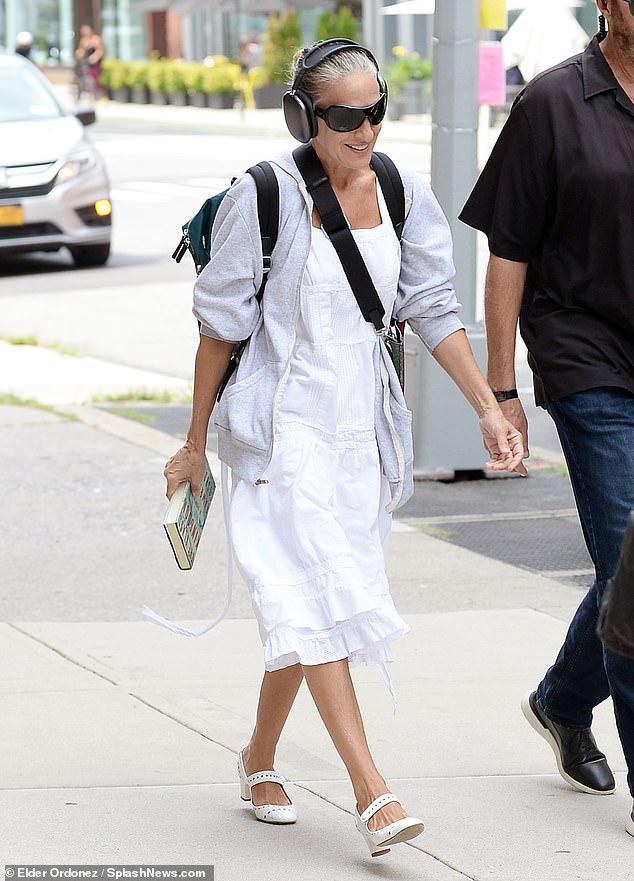 Embracing her roots! Going for a natural look, Parker rocked noticeable grey roots in her hair 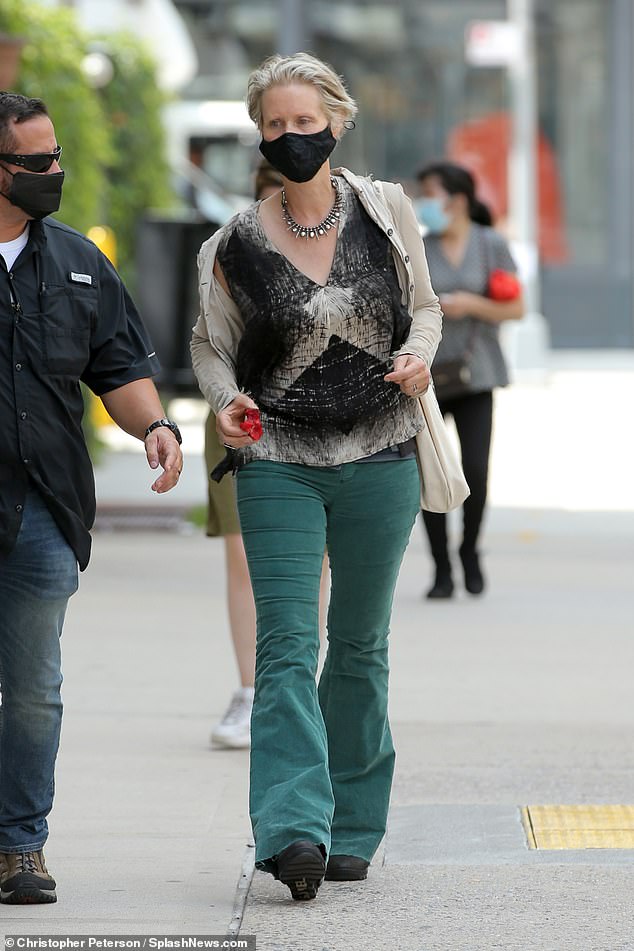 On the job: Cynthia Nixon donned some cool green bell bottoms while arriving

Yesterday SATC fans rejoiced when they learned about three exciting new cast members to the mix.

Sex And The City’s original six seasons and subsequent two movies have long-sparked criticism due to the lack of diversity in its largely-white cast as well as shocking storylines, including Kim Cattrall’s character Samantha – who will not be returning for the reboot – dating a black man and rowing with his sister over her race.

Leading the way in the new arrivals is Nicole, who has featured in such films as Black Dynamite and Remember The Titans as well as on shows like Time After Time, Empire and Chicago PD. 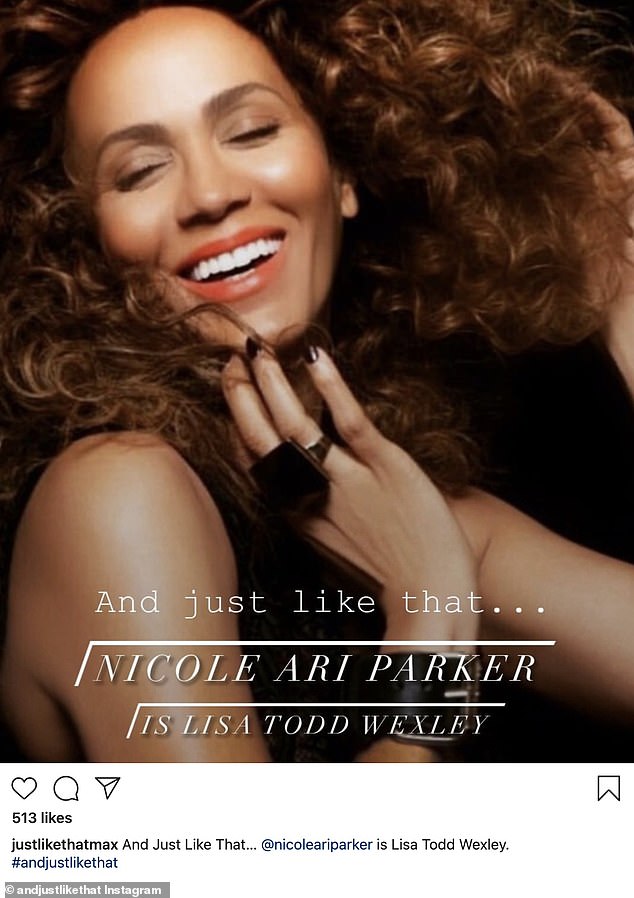 Who’s who: Her character is a fabulously wealthy woman called Lisa Todd Wexley who has three children and lives on Park Avenue, Entertainment Weekly reports

Her character is a fabulously wealthy woman called Lisa Todd Wexley who has three children and lives on Park Avenue, Entertainment Weekly reports. Park Avenue was also the location of the swank apartment owned by one of the four main characters Charlotte York played by Kristin.

Charlotte acquires the apartment on the original show through her divorce from Kyle MacLachlan’s sexually dysfunctional character Trey MacDougal in a bitter divorce settlement involving his mother Bunny.

Nicole was spotted on the set of the show on Tuesday, where she put on a glamorous display in a bold colourful ensemble paired with bright orange accessories while beaming and waving at passersby.

Meanwhile Karen has had recurring shows on TV programs ranging from Horace And Pete to The Americans to Yellowstone. She will be playing Columbia Law professor Dr. Nya Wallace – possibly with some connection to Cynthia’s character Miranda Hobbes, who is an attorney. 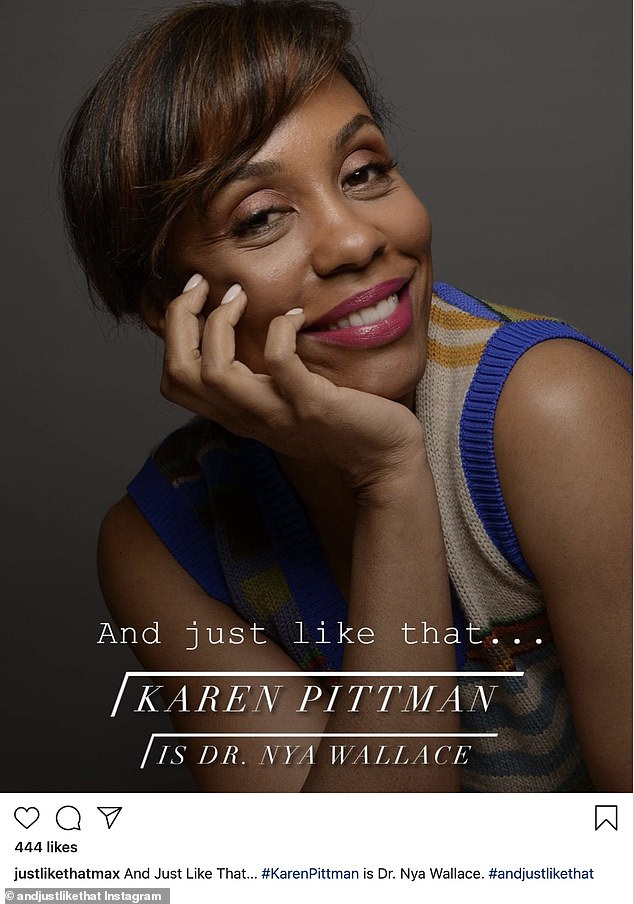 Details: She will be playing Columbia Law professor Dr. Nya Wallace – possibly with some connection to Cynthia Nixon’s character Miranda Hobbes who is an attorney

Sarita first rose to fame opposite Denzel Washington in the Mira Nair movie Mississippi Masala and has also worked with Spike Lee and M. Knight Shyamalan. Her character Seema Patel is a real estate broker based in Manhattan who brought herself up by her bootstraps.

The casting has been welcomed with open arms by fans, who praised the move on social media following show writer Michael Patrick King and lead lady and executive producer Sarah’s vow to create greater inclusivity.

Ahead of filming beginning, in February, HBO Max chief content officer Casey Bloys detailed how Sarah and Michael ‘didn’t want to tell a story with all-white writers or an all-white cast’.

He said: ‘It’s not reflective of New York. So they are being very, very conscious about understanding that New York has to reflect the way New York looks today.’

In 2018, Sarah referenced the diversity issue, saying: ‘You couldn’t make it today because of the lack of diversity on screen. I personally think it would feel bizarre.’ 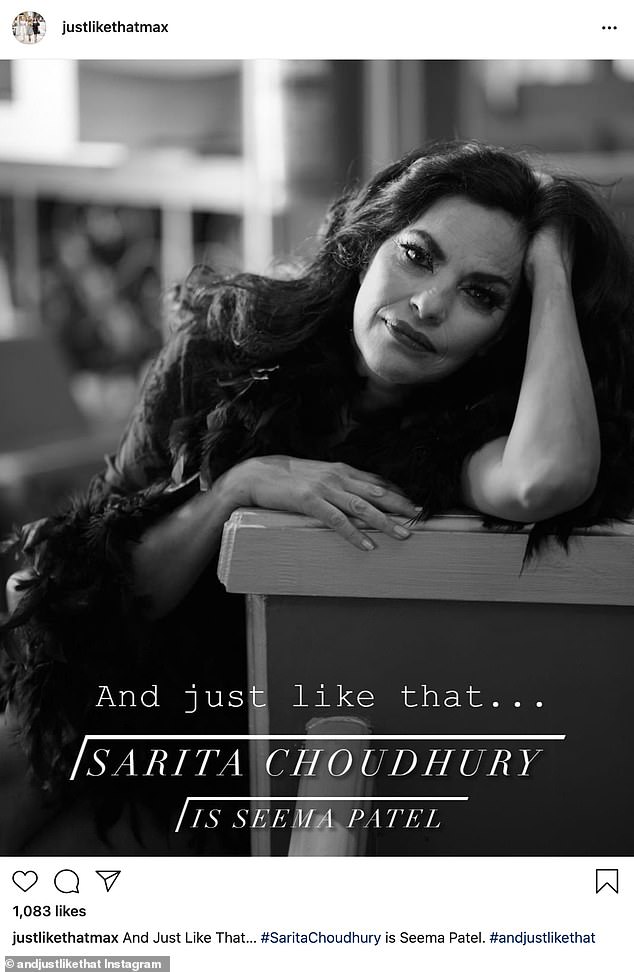 Making it happen: Her character Seema Patel is a real estate broker based in Manhattan who brought herself up by her bootstraps