Seven Viking tombs are discovered in a ‘surprisingly Christian-looking burial’ in Sweden holding the 1,000-year-old remains of eight people – including possible twin infants

By Jonathan Chadwick For Mailonline

Swedish archaeologists have recovered seven tombs of Viking adults and infants from the 10th century who likely converted to Christianity prior to their death.

The tombs – which hold the remains of four adults and four infants – were found in the Swedish town of Sigtuna, just north of Stockholm.

Two of the infants that were buried together may have been twins and were possibly miscarried, according to the researchers.

Their cause of death is currently unknown, but the experts hope to reveal more in scientific paper yet to be published. 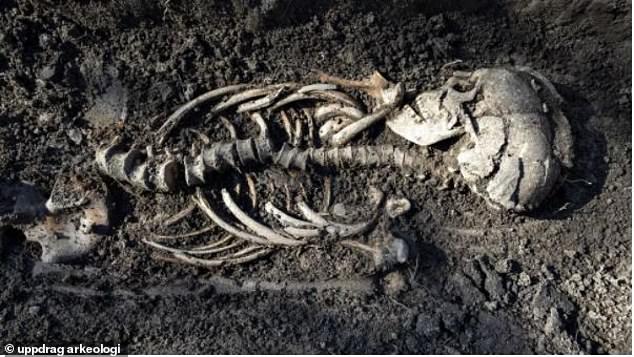 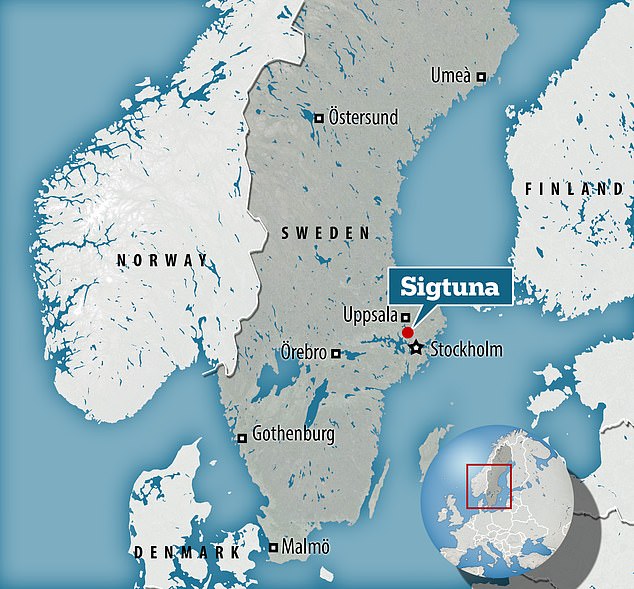 In Sigtuna north of Stockholm, archaeologists are conducting a survey of some of the ‘Christian graveyard’ from the late Viking age

The excavations have been led by Uppdrag Arkeologi, a Swedish archaeological company based in Stockholm.

‘The Christian character of the now-excavated graves is obvious because of how the tombs were laid out,’ Johan Runer, a project manager with Uppdrag arkeologi, told Live Science.

‘In one tomb, there were two very small infants of seemingly the exact same age,’ he said, which may be ‘the tragic result of a late miscarriage of a couple of twins’.

Uppdrag Arkeologi said on its Facebook page that the Christian graveyard dates prior to the construction of churches with associated cemeteries in the region. 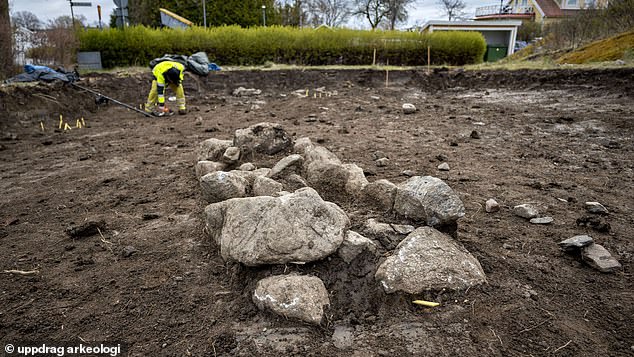 Uppdrag Arkeologi said: ‘We do not have the opportunity to offer any views of the site, but will continually inform about the results. Pictured, burial under a man-made pile of stones known as a ‘cairn’

They may be some of the very first Christian funerals in Sigtuna, possibly from the time it was established in the late 900s.

A couple of clues suggest the people were Vikings who transitioned to Christianity.

Firstly, a man-made pile of stones known as a ‘cairn’ was found on top of four of the tombs, one of which was also surrounded by a stone cist – stones positioned in a box shape.

These features are previously not known in Sigtuna, according to Runer, but they are common among early Christian graves in the area. 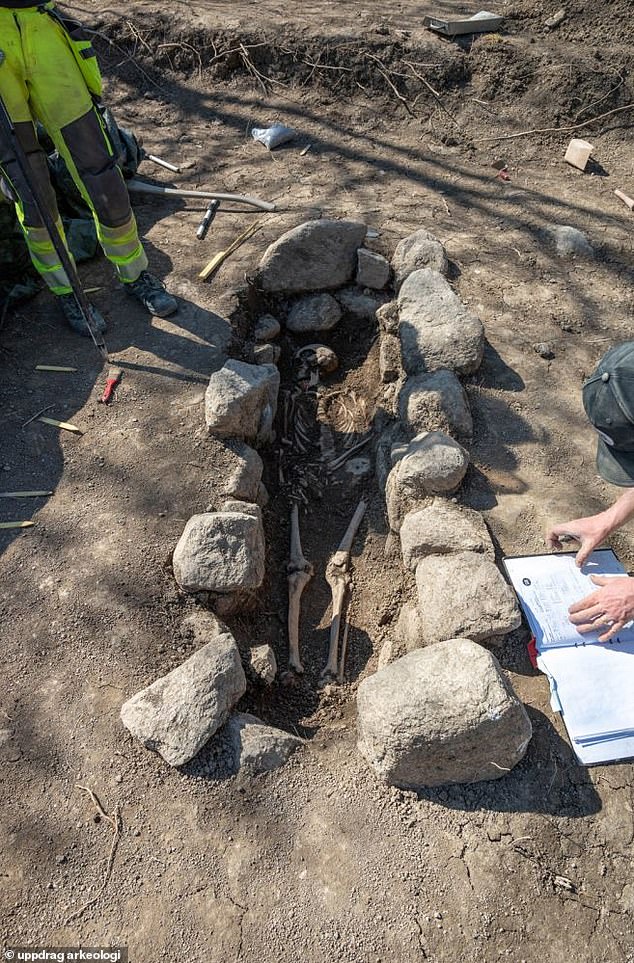 Results of the Sigtuna dig are set to be presented in full in a report, according to Uppdrag Arkeologi. Pictured, burial surrounded by a stone cist – stones positioned in a box shape

As well as this, Vikings during this time period tended to be cremated rather than buried like these people, who were laid on their backs in an east to west orientation.

The graves are also not far from one of Sigtuna’s few known pre-Christian iron age graves. ‘Possibly there is a connection here,’ Uppdrag Arkeologi said.

The site is closed to the public, according to the firm, but results of the dig will be presented in an upcoming report.

Uppdrag Arkeologi said: ‘We do not have the opportunity to offer any views of the site, but will continually inform about the results.’

During this period many Vikings left their homelands in Scandinavia and travelled by longboat to other countries, like Britain and Ireland.

When the people of Britain first saw the Viking longboats they came down to the shore to welcome them.

However, the Vikings fought the local people, stealing from churches and burning buildings to the ground.

The people of Britain called the invaders ‘Danes’, but they came from Norway and Sweden as well as Denmark.

The name ‘Viking’ comes from a language called ‘Old Norse’ and means ‘a pirate raid’.

The first Viking raid recorded in the Anglo-Saxon Chronicle was around 787 AD.

It was the start of a fierce struggle between the Anglo-Saxons and the Vikings.