Supernatural showrunner Eric Kripke says fans would have “hated” his alternative ending for the show.

Dean ended up being impaled by a massive nail, while his brother Sam eventually died of old age, having lived a full life. It ended on a happy note for the siblings, however, as they were reunited in the new heaven. 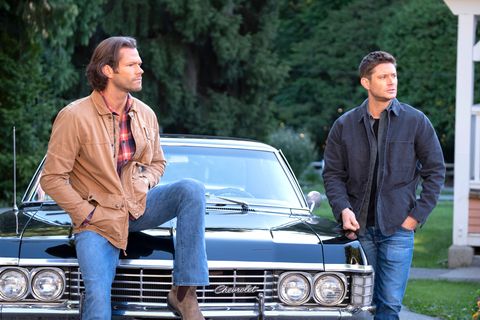 Speaking to Entertainment Weekly, Kripke has admitted that he couldn’t have thought of a better or more fitting ending for series, and that fans would have “hated” his alternative option.

“It was interesting, they pitched it to me and I went off to think about it for a couple days, and admittedly, me being me, I spent some time thinking, ‘Okay, is there any other ending I would pitch back that I think is better?’ And I spent a couple days trying to chase down a couple avenues and couldn’t come up with anything better.

“So I went back and I was like, ‘Guys I think it’s the right one.’ There’s some substance to it but there’s something emotional, I think there’s a positive energy around it.”

On his potential alternative ending, he added: “I will say this. There’s only one scene that I haven’t done that I would’ve done for the end of the show and I’m certainly not going to give it away, maybe one day I will.

“But I can assure the fans that my ending was so much darker than the ending they’re going with, so anyone who’s like, ‘Kripke should’ve ended it,’ I’m like, ‘You would’ve hated my ending!’ Because it was a horror movie and it was going to have a horror movie ending, so I can promise you the ending [they went with] you’ll love much more than if you had let me end the show.”

Supernatural‘s season 15 aired on The CW in the US. In the UK, the show airs on 4Music.