Former TOWIE star Elliott Wright is set to be ‘grilled by police’ after his dream Marbella restaurant Olivia’s La Cala was gutted in a devastating fire this morning, just weeks after his father died from Covid.

An investigation into the cause of the blaze, which took place at around 5.30am this morning, is now underway at the eatery in Málaga, Spain.

Three fire engines rushed to the scene along with police and paramedics, there were no casualties.

Elliott, the cousin of TV star Mark Wright, was also pictured at the restaurant in La Cala de Mijas near Fuengirola today surveying the damage.

It comes just weeks after Elliott lost his father Edward Wright, who died at the age of 66 following an eight-week battle with Covid in March.

Emergency services confirmed that the restaurant is unlikely to open again this month due to the amount of damage.

Elliot insisted today he would rise from the ordeal of seeing his dream restaurant go up in flames and would ‘never be beaten.’

In his first comments on the fire, just hours after it had been gutted in a mystery blaze which is now under investigation, he said: ‘So I will get this out there as no doubt this news will spread fast… unfortunately it’s with regret that @olivias_la_cala had a fire in the early hours of this morning… 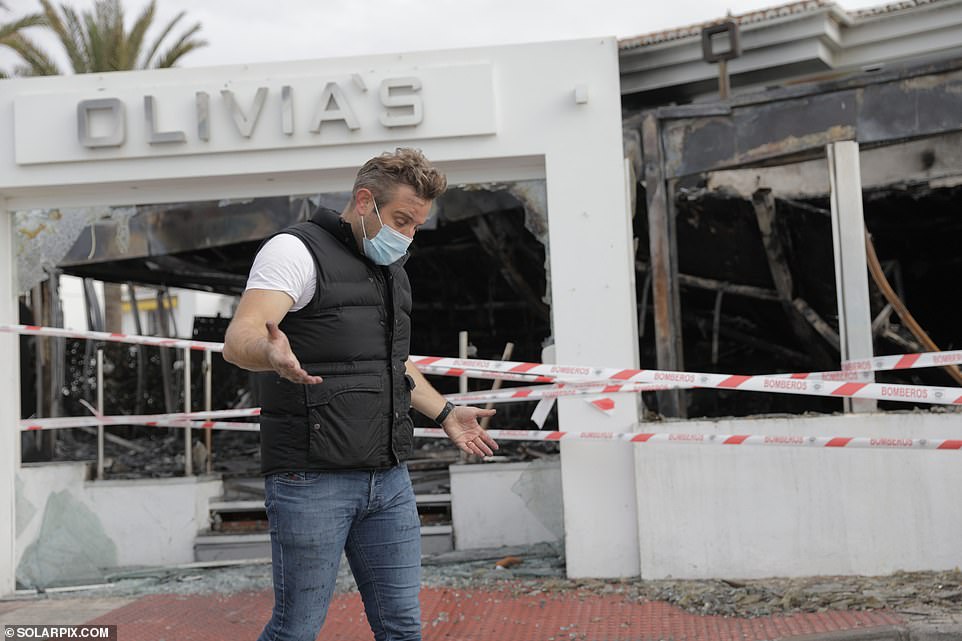 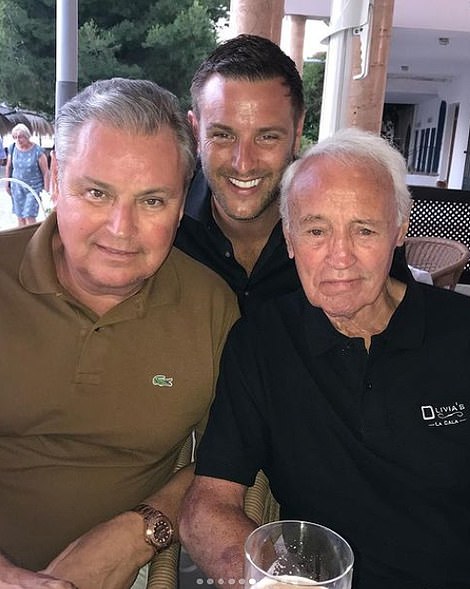 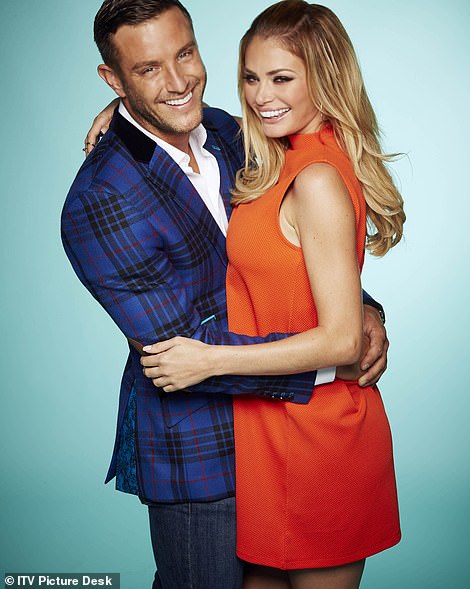 The devastating news comes just weeks after Elliott (centre left) lost his father Edward Wright (left), who died at the age of 66 following an eight-week battle with Covid in March. Elliot Wright pictured, right, during his time on The Only Way Is Essex with Chloe Sims. He appeared between 2010 and 2017

‘It’s too soon to say why, all that matters is it has. More importantly in life you get tested.. it’s been a very testing couple of years.. especially recently..’

He added: ‘But if you know me, you know I will rise from this.. I will rebuild it big and better then before.. I will never be beaten.’

Local firefighters confirmed the alarm had been raised around 5.30am.

One said: ‘Eight firemen in three fire engines rushed to the scene along with other emergency responders.

‘The blaze broke out in the entrance of the restaurant and an investigation into how it started is underway but it’s going to take some time to discover what caused it.

‘No-one was inside the restaurant at the time and there were no casualties but there has been extensive damage to the premises. 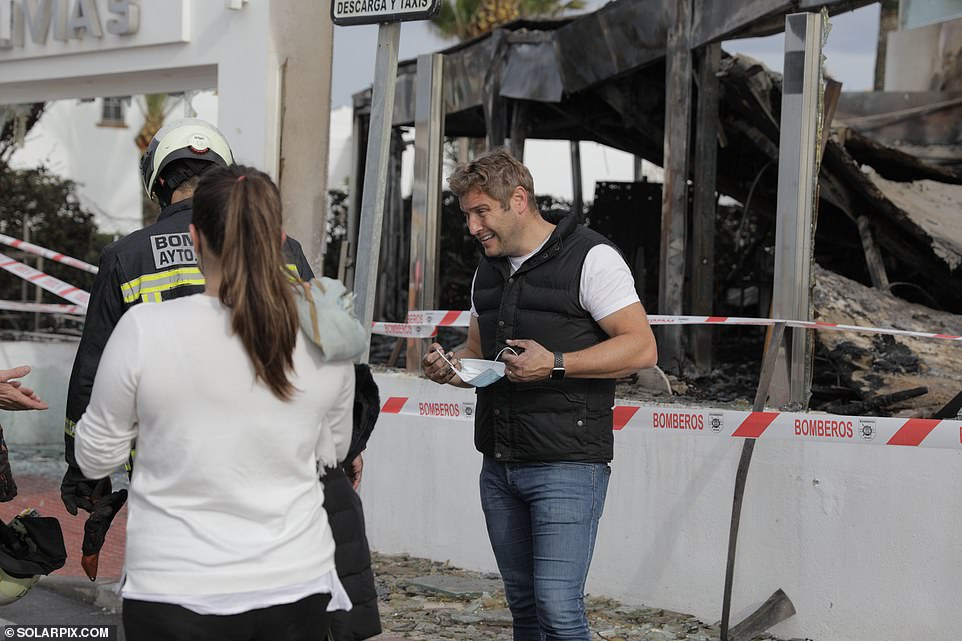 Investigation: A police investigation into the cause of the blaze, which took place at around 5.30am Monday morning, is underway at the eatery in Málaga, Spain 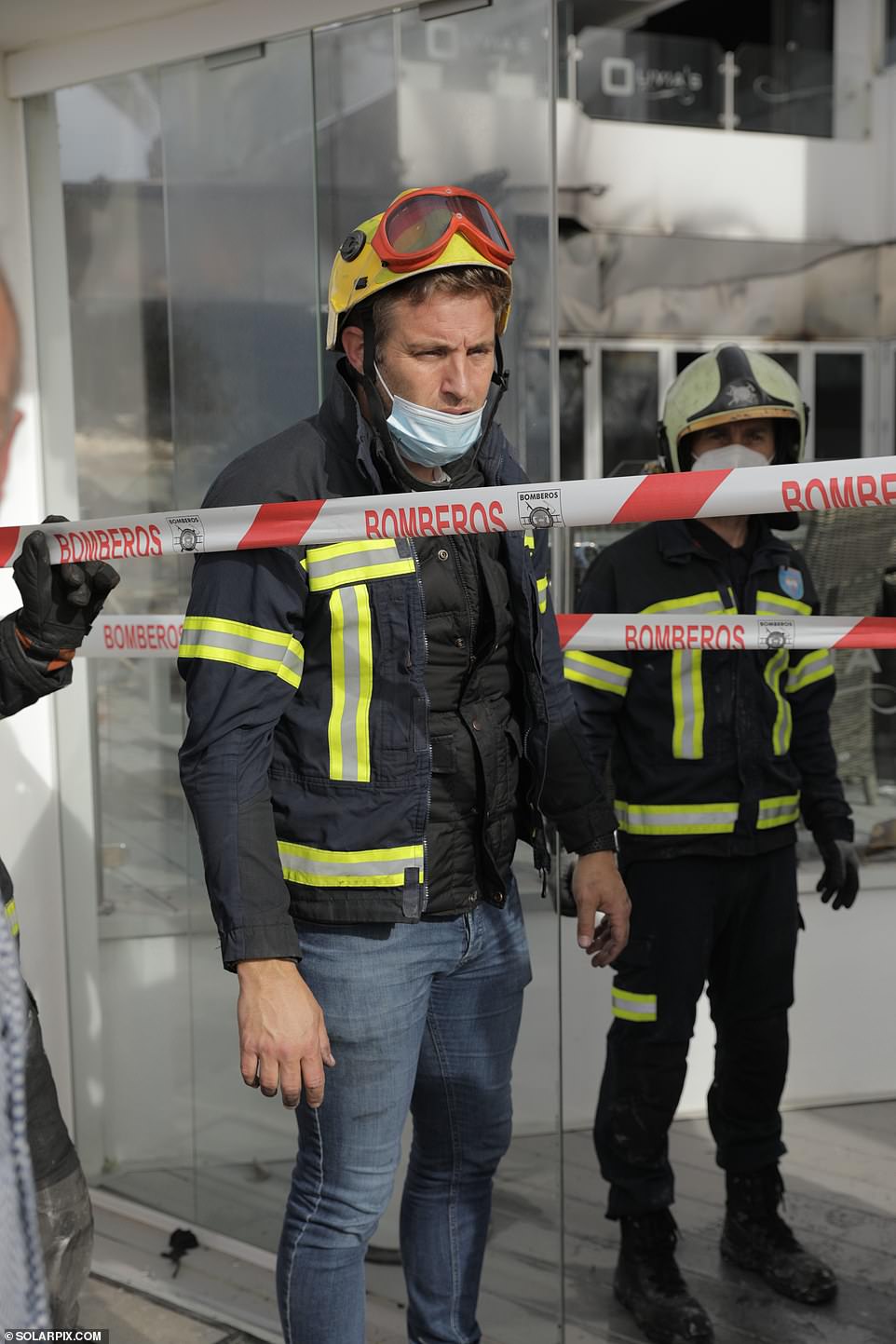 Three fire engines rushed to scene this morning, while Elliott, dressed in a firefighter’s uniform (pictured), also surveyed damage to his restaurant 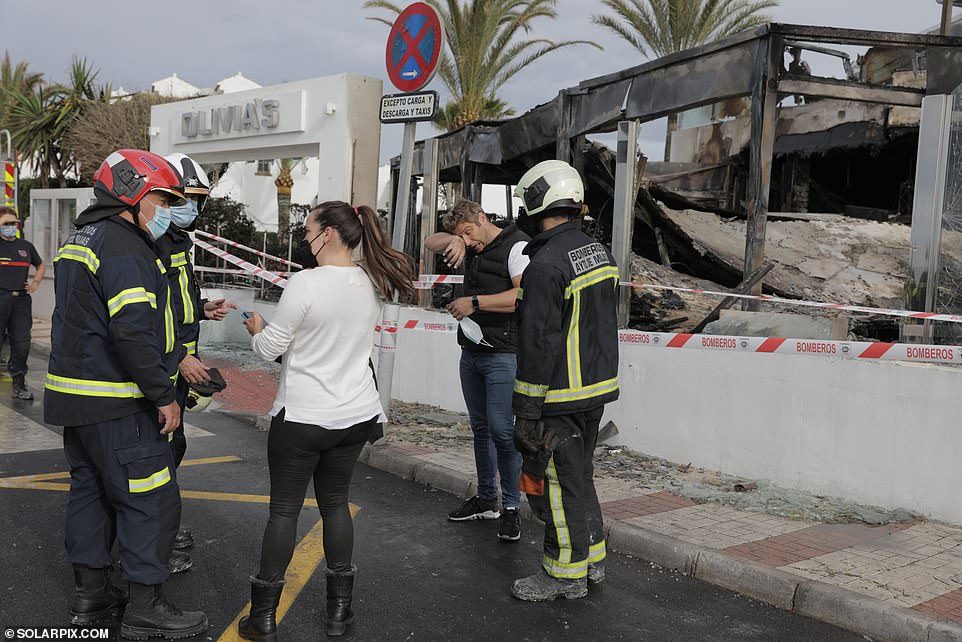 ‘It’s not going to open today or this week or this month because of the amount of damage there’s been.’

Another added: ‘It took about two hours to bring the blaze under control.

‘Firefighters have been at the scene this morning along with police.’

Elliott, who was spotted at his restaurant this morning was not immediately available for comment. He appeared in The Only Way is Essex between 2010 and 2017.

Mark Wright and his wife Michelle Keegan were among those who attended the glitzy opening of the restaurant in August 2015. 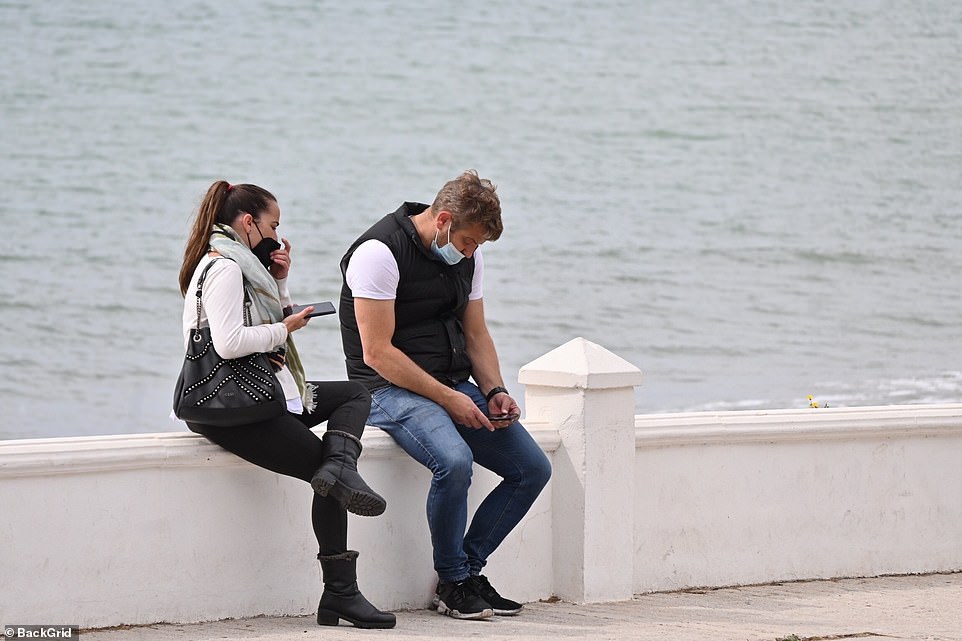 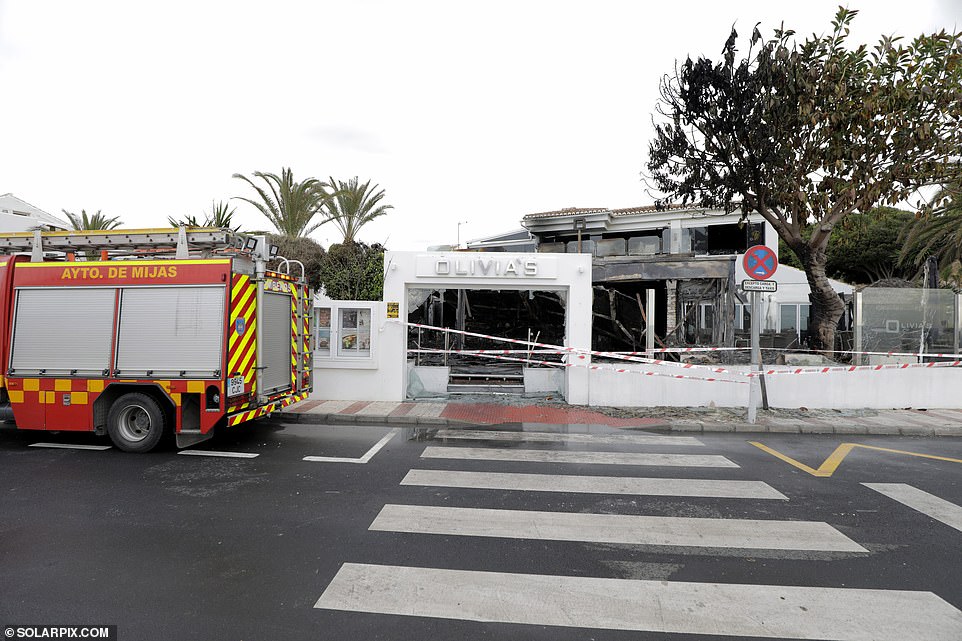 Tragedy: It comes just weeks after Elliott, whose cousin is Mark Wright, lost his father Edward, who died at the age of 66 following an eight-week battle with Covid in March

Its owner said after the opening: ‘I’ve been lucky enough to have been able to build my dream.’

In August 2019 singer Jessie J put in a cameo appearance at the restaurant ahead of her performance at the Starlite festival in Marbella.

She made her surprise appearance to introduce her friend James Argent for his gig at the eaterie before joining the crowd in cheering him through the set.

Last month Elliott confirmed that his father Edward Wright passed away on March 2 after eight weeks of fighting Covid-19.

Elliott said in the announcement: ‘It is with heart wrenching regret I have to post this post. 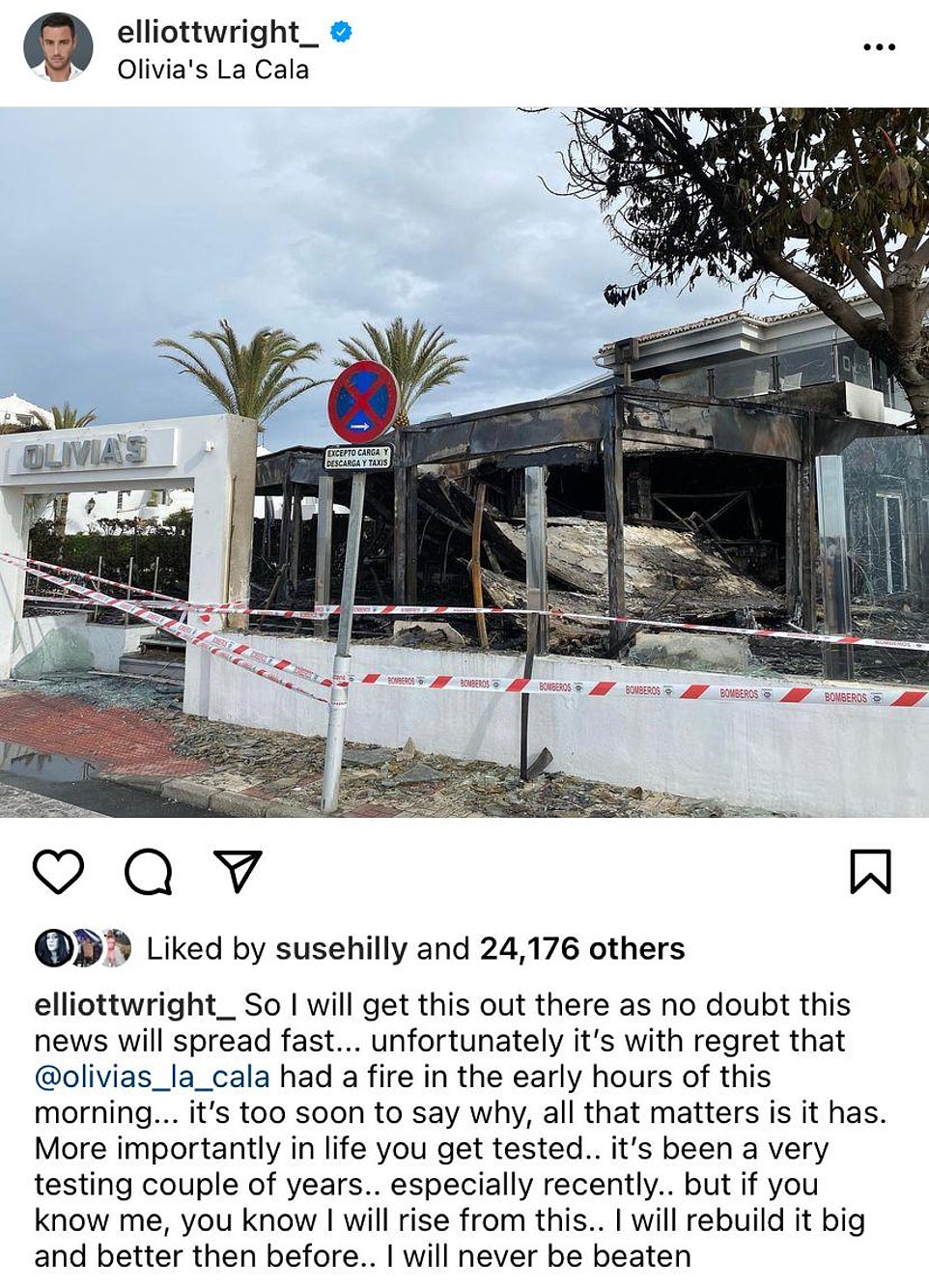 Confirmation: Elliott took to Instagram to confirm the news with the ‘unbeaten’ star vowing to rebuild the venue ‘bigger and better’ 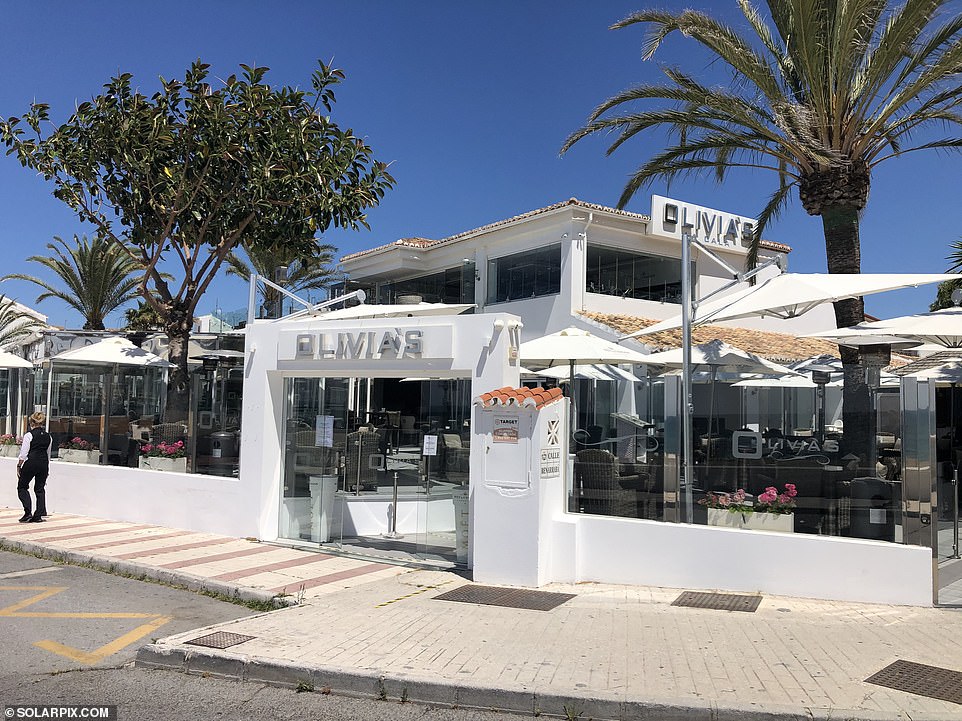 ‘My father George Wright passed away peacefully with his family by his side on March 2 after bravely fighting Covid for eight weeks.

‘For those who knew my father, you know what a great man he was, always smiling, always humble, always happy.

‘He never moaned and did his best to put a brave smile on.

‘His love for his family is what he will be remembered to all of us, the ultimate family man.’

He also called his dad ‘his rock’ and his ‘best friend’ in the emotional tribute.