We’re used to seeing some fairly toxic behaviour on reality television, but Married at First Sight Australia has been airing some very uncomfortable scenes in recent weeks.

While we could very easily be referring to the Ines and Sam debacle, the show’s poor LGBTQ+ handling or the terrible matching of Susie and Billy, we’re actually here to talk about Mike and Heidi.

Unlike a lot of the other couples, they felt an immediate chemistry and seemed to hit it off from their wedding day. But it didn’t take very long for some red flags to pop up; when Heidi started opening up about her childhood, in an attempt to get to know her new husband on a deeper level, he stopped listening and shut her down by saying, “I’m not your therapist.”

If this didn’t scream out “COMMUNICATION ISSUES”, we don’t really know what else would. Sadly, it only continued to get worse. 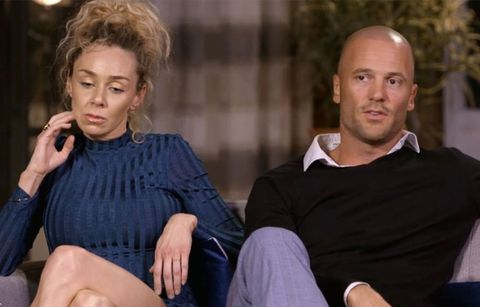 Mike seemed to have trouble adapting to being in a grown-up relationship, which perhaps isn’t all that surprising when you consider that he was in his 40s and had never been in love before. But there has been a concerning undercurrent to some of his behaviour during the experiment, and it’s namely been his lack of accountability and consideration for Heidi’s feelings.

In the run-up to the show’s final ceremony, which sees each couple deciding on whether they want to stay together or go their separate ways after the show, the husbands are given the opportunity to plan a final date for their wives.

We saw love’s young dream, Cam and Jules, falling further with a picturesque and serenaded dinner. We watched Michael hire out a whole cinema for Martha, for a personalised home video movie. Heck, even Mark and Ning (who have been struggling to connect intimately) had a romantic tree-top spa.

But Mike took Heidi on a boat. After watching her suffer from sea sickness on their honeymoon, you’d have thought he would have got the hint that this probably wasn’t the best gesture… right?

In what became an awkward representation of their entire experience, Mike was off living his best Pirates of the Caribbean fantasy while poor Heidi sat below trying to hide her hurt. Their final date was all about him, and he just didn’t see the problem.

While sitting on the experts’ couch each week, Heidi shared her concerns over the relationship a number of times. One other incident was centred on towels. Yes, towels. On the surface, it may seem like a comical complaint to make. But Heidi was at her wits’ end because Mike would routinely use every towel in the house after showering, leaving none behind for her to use – and, really, is she supposed to drip dry for the rest of her life?

Let’s also not overlook the time when he left the apartment to pick up their dinner, only to come home with food just for himself. His excuse? Her restaurant of choice had been closed. When she got upset with him for not stopping to think about her, he turned the tables and told her she was overreacting.

Mike could never quite see why she was making ‘such a big deal’ about things. But it wasn’t about the towels, or about the dinner, it was about what they represented: Mike’s inability to be considerate and think of someone else other than himself.

We’re not here to pile on Mike, though, even if we didn’t agree with his behaviour. What is more concerning, is the way in which the show handled what was so clearly unfolding before their eyes and camera lenses. 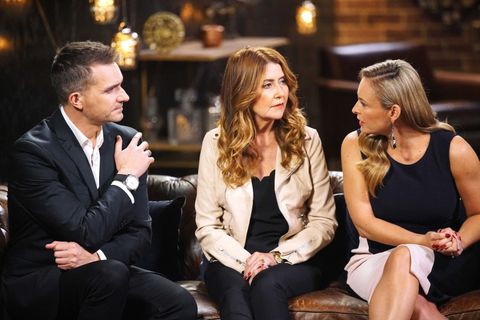 Married at First Sight has its panel of experts, who are there to offer relationship advice and, if needed, therapy in order to help each couple through the pressure cooker process. What was astounding, though, was their readiness to side with Mike, and to also lay the blame on Heidi for their relationship not working.

They told her that she was self-sabotaging, and that she needed to “choose love” and not focus on Mike’s behaviour. As a viewer, this appeared to embolden Mike further. He started to portray himself as the victim and paint Heidi out as the one that was mistreating him.

We’re no relationship experts, but there were clear signs of gaslighting here. A form of psychological manipulation, it often leaves the one on the receiving end doubting their own sanity, their reality and their judgement – all things that Heidi did, as a result of the experts’ feedback and her interactions with Mike.

In the final dinner party, Mike told Jules that Heidi had experienced an “epiphany” about her own behaviour during the experiment. She had, he said, taken on the responsibility for what had gone wrong between them.

But later on, Heidi fairly pointed out that, while she took ownership of the part she had to play as a partner, “it hasn’t all just been me”.

“Sorry for everything… doesn’t mean I’ve done everything wrong,” she added.

But then, after another disagreement with her husband, Heidi did end up turning all of the criticism inward. She described herself as “hard work” and a “handful” – and the experts, watching on, all nodded their heads.

We know that Mike and Heidi broke up just after the experiment came to an end. Two years later, during the reunion episode, Mike acknowledged that he had “made a lot of mistakes” that “were hurtful to her and damaging to our relationship”.

We understand that the MAFS experts can only deal with what they see in front of them, and it has to be noted that, once they witnessed an argument between Mike and Jess at a dinner party, they did start to criticise his attitude too.

But what is doubly worrying is the message that their potentially misguided advice might send out to viewers, when it comes to what constitutes healthy and appropriate behaviour in a romantic relationship.

Other dating shows, such as Love Island and Ex on the Beach, have also depicted some seriously toxic behaviour patterns over the years, but they don’t have the weight of expert analysis to offer it any legitimacy.

Here’s hoping that, as future seasons come about and the popularity of the series swells, we start to see more awareness for the more insidious, often subtle, signs of emotional and psychological mistreatment.

Married at First Sight Australia is airing on E4 in the UK, and is also available on All 4.

Digital Spy’s digital magazine is back! Check out issue 6 – including an exclusive chat with Ant & Dec – plus all past issues with a 1-month free trial, only on Apple News+.